EXCLUSIVE: A Separation and About Elly star leads Farsi-language drama. 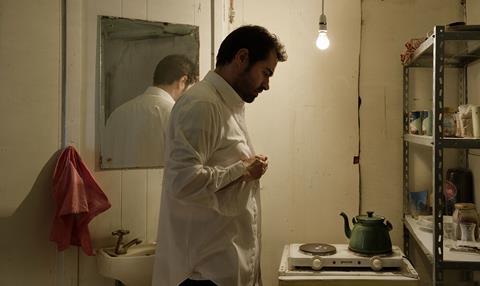 Iranian-born, London-based photographer and artist Mitra Tabrizian makes her feature debut on the predominantly Farsi-language drama which charts the story of an enigmatic cab driver who is haunted by his past.

The film brings together two of the most prominent Iranian actors from before and after the revolution, Behrouz Behnejad and Hosseini.

The latter shared a Best Actor Silver Bear in 2011 for his turn in Farhadi’s A Separation and will star in the director’s upcoming drama Forushande, which is currently in production. Hosseini also starred in Farhadi’s 2009 drama About Elly.

Gholam, which is among the first UK-Iranian productions to explore the UK-based Iranian diaspora, is understood to be stirring interest in sales outfits and festivals.

Inspiration for the privately-financed low-budget feature came from a real character photographed by Tabrizian as part of her 2006 photographic project Border about exiled Iranians that won the Royal Academy’s Rose Award and was exhibited at the Tate Britain in 2008.

The director’s shorts have previously screened at Berlin, Toronto and Edinburgh.