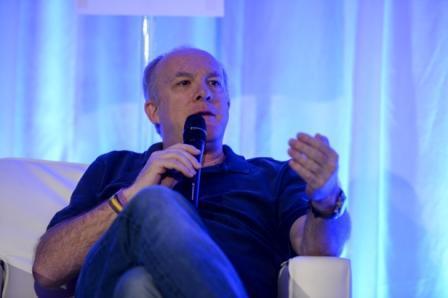 The campaign will enable two young women to experience an all-expenses-paid mentorship at Sundance 2016 in addition to a cash prize.

The Horizon Award is funded by independent producers Cassian Elwes, Lynette Howell and Christine Vachon, who are partnering with The Black List, Indiegogo, Sundance Institute, Twitter, Vimeo and Women in Film.

Candidates must submit a self-directed film that is two minutes or less and the submission deadline is December 14.

“Our hope is that this initiative will help us identify talent early so that we can support these young female filmmakers as they navigate the hurdles that exist in our business,” said Elwes (pictured).

“Women in Film believe that real life experiences and hands-on mentorship are foundational requirements to help women in media be active in overcoming gender disparity,” said Women in Film president Cathy Schulman. “We’re thrilled to be a partner in this worthwhile project that Cassian, Christine and Lynette have established.”

Last year’s inaugural Horizon Award was presented to Syracuse University student Verónica Ortiz-Calderón for her film Y Ya No Te Gustas (And You Don’t Like Yourself Anymore).

Since winning the Horizon Award, Ortiz-Calderón has produced her second short film, attended Cannes, won the Louise Schiavoni Award for Outstanding Junior Woman in Communications at the S.I. Newhouse School of Public Communications, and has several projects in development.