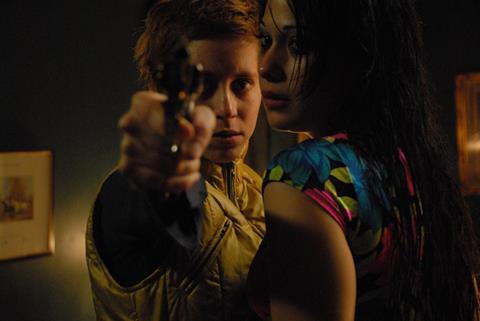 The feminist plot of two aggrieved lovers united in a revenge killing is another hook on which to hang the picture commercially. The story is also ripe for an American remake with major stars.

Puenzo adapted The Fish Child from her 2004 novel of the same name, in which upper-class Buenos Aires girl Lala (Efron) falls in love with dark-eyed Guayi (Vitale), a younger Paraguayan maid in Lala’s family home. Guayi introduces Lala to a snarl of abusive relationships - with a trainer of fighting dogs, with Guayi’s violent father, and with Lala’s own father, a judge, whose murder sends Guayi to prison and adds new tangles of complexity to the love story. Think of a Latin Thelma and Louise, minus the humour.

Although her origins are in prose and screenwriting, Puenzo shows her gifts once again as a director of actors. The film is shot and edited delicately, making every inflection count.

In dark close-ups that favour subtlety over grand gestures, DP Rodrigo Pulpeiro gives the story of abuse and exploitation a grim believability. There’s poignant poetry in his underwater shots in a Paraguayan lake which follow a creature that gives the film its name. He also has separate palettes for a corrupt Argentina and Guayi’s purely natural Paraguay, which advance the drama and give The Fish Child its distinctive look.

Yet the real strength of The Fish Child lies in the acting: Efron as the cerebral calculating rich girl with a killer instinct, and Vitale as the vulnerable and victimised immigrant servant. The balance of that dichotomy shifts as the multiple stories twist, just as the languid sensuality between the two leads bursts into violence.

Underlying the story of illicit love is an immigrant drama about Paraguayans who leave their poor country to work in wealthier Argentina, where they are exploited. This topical border story, little-known outside the two countries in question, is as common as the tale of fugitive lovers, but Puenzo’s telling of it takes it beyond the easy cliches. There is a promising future for her, as there is for her actresses.

Based on her novel