Warner Bros’ Ben Affleck thriller stormed to the top of the charts on a confirmed $24.7m as Universal’s comedy tour film Kevin Hart: What Now? debuted at number three on $11.8m. 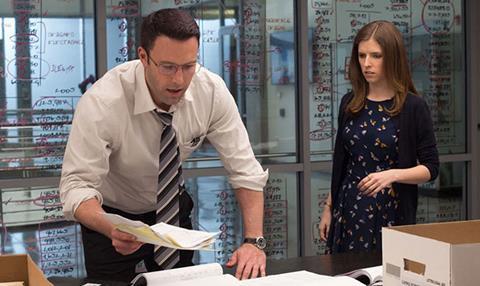 Meanwhile Fox Searchlight’s contentious The Birth Of A Nation appeared to be on its way out of the top ten as it fell 60.8% and four places to number ten in its second weekend on $2.7m from 2,105 venues for a $12.3m running total.

Roadside Attractions opened the drama Priceless at number 15 on $707k from 303, and STX debuted the US-Mexico border-crossing thriller Desierto starring Gael Garcia Bernal and Jeffrey Dean Morgan at number 17 on $514 from 73.

Miss Hokusai opened at number 55 through GKIDS on $24.5k from two sites, while Coming Through The Rye starring Chris Cooper opened at number 78 through Eammon Films on $4,000 from a single venue