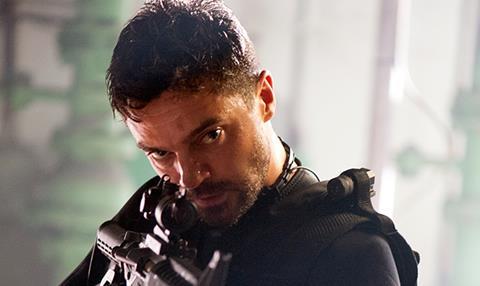 The first image has been released from Stratton, the new thriller from GFM Films about Special Boat Service (SBS) agent John Stratton.

The film, which is based on a series of books by author and former SBS agent Duncan Falconer, follows Stratton as he teams up with British intelligence service Mi6 to foil a terrorist plot.

Simon West (The Expendables 2) is directing while Lawrence Elman and Ileen Maisel are producing for Amber Entertainment. Matthew Jenkins (The Dark Knight) is also on board as a producer.

Filming began in Brindisi, Italy on July 15 before moving to Rome and then London on August 7. The shoot is set to wrap on September 11 and a release date is penned for Q2 2016.

Henry Cavill was previously attached to play the film’s lead.