Amazon partners with Bleecker Street on 'The Lost City Of Z' 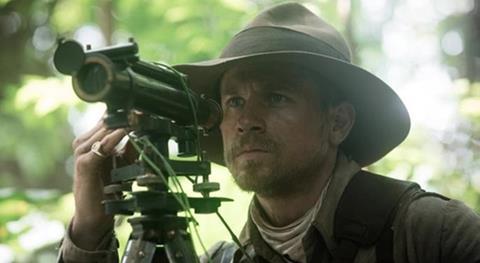 It is understood Bleecker Street will release The Lost City Of Z in spring 2017.

In March 2015 Bleecker Street signed a deal for Amazon’s Prime Instant Video to be its exclusive subscription platform for its theatrical releases.

Sierra Affinity handles international sales on Gray’s long-gestating adventure about a British explorer who went missing on a 1925 expedition into the Brazilian rain forest.

The film will receive its world premiere when it closes the New York Film Festival.

Brad Pitt and his Plan B partners Dede Gardner and Jeremy Kleiner produced with Dale Johnson and Anthony Katagas.