Emmys 2019 early predictions: who are the international contenders? 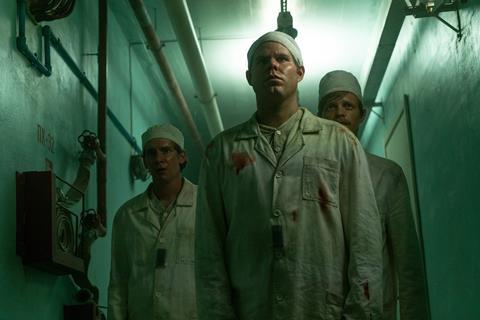 One series will cast a dragon-sized shadow over this year’s Primetime Emmy awards race. Game Of Thrones aside, however, the field remains relatively open, thanks to the absence of several recent Emmy favourites.

That could be good news for some of the international actors, writers and directors in the running for recognition in drama categories when the Emmy nominations are announced on July 16, and the eventual winners are named on September 22.

In the outstanding drama series category, Game Of Thrones, whose eighth and final season just ended with record ratings for HBO, is the odds-on favourite to win for a fourth time in five years. But with The Handmaid’s Tale, Big Little Lies, Stranger Things and The Crown all out of the running (because their latest or upcoming seasons fall outside the Emmy eligibility period), the six other nominations are very much up for grabs.

While returning series such as NBC’s This Is Us, AMC’s Better Call Saul, Netflix’s Ozark and CBS All Access’ The Good Fight are likely to take several slots, it will be new entrants that grab the most attention. BBC America’s critically-lauded UK thriller Killing Eve (now in its second season, but not nominated in the category last year) seems primed for its category debut, and HBO’s Succession, created by UK comedy writer Jesse Armstrong and recently named best international programme by BAFTA, is perhaps the strongest first-season contender. Elsewhere, BBC hit Bodyguard (screened by Netflix in the US) also has a shot at a nomination, along with Amazon’s Homecoming and FX’s Pose.

The outstanding limited series category is arguably this year’s most open category of all, partly because several of the recent seasonal anthology shows – Fargo, American Horror Story and American Crime Story (which provided last year’s winner The Assassination Of Gianni Versace) – are ineligible.

While legacy cable networks should be well represented here by the likes of HBO’s Sharp Objects and True Detective (the anthology series that returned to critical favour with its third season), Showtime’s Escape at Dannemora and FX’s Fosse/Verdon, it is newcomer Chernobyl — the first full co-production between HBO and Sky — that could make the biggest impact. A relative latecomer in terms of transmission and therefore awareness, it is winning critical and audience plaudits of which voters should well take note.

Starz’s The Spanish Princess and National Geographic’s The Hot Zone could also be in contention, and PBS’ Mrs Wilson, produced in the UK for the BBC, might also find a spot.

Streaming platforms will provide several strong contenders too, among them Amazon’s critically-adored A Very English Scandal, made for the BBC in the UK, Netflix’s topically charged When They See Us and Hulu’s literary classic adaptation Catch-22.

This year’s drama series lead actor and actress categories could have a distinctly British accent, whether Game Of Thrones – represented by Kit Harrington, previously nominated in the supporting category, and three-time nominee Emilia Clarke – dominates or not.

With would-be nominees such as Handmaid’s Tale star Elisabeth Moss, Big Little Lies’ Nicole Kidman and The Crown’s Olivia Coleman (who has taken over the series’ lead role from last year’s Emmy winner Claire Foy) all ineligible, Killing Eve’s Sandra Oh will be a favourite in the actress category, especially after her Golden Globe win and hosting turn earlier this year. And Oh could be joined in the nominations list by her Killing Eve co-star, the UK’s Jodie Comer.

Actor contenders joining Harrington, meanwhile, could included Bodyguard’s Richard Madden (another Globe winner) and Succession’s Brian Cox. Patricia Arquette, winner of the Globe for her performance in Escape At Dannemora, is the likely favourite in the lead actress in a limited series or movie category, but nominees might also include the UK trio of Chernobyl’s Emily Watson, Mrs Wilson’s Ruth Wilson and The Little Drummer Girl’s Florence Pugh.

Among lead actors in a limited series or movie, Benedict Cumberbatch may snag a record-tying seventh nomination for his work in Brexit, and he could be accompanied by UK actors Hugh Grant (for A Very English Scandal), Ian McShane (for Deadwood: The Movie), Anthony Hopkins (for King Lear) and Jared Harris (for Chernobyl).

Among drama series writers, Game Of Thrones creators David Benioff and D B Weiss may be destined for a third Emmy win in the category but UK writers Jed Mercurio (for Bodyguard), Jesse Armstrong (for Succession) and Emerald Fennell (who took over from Phoebe Waller-Bridge as lead writer for season two of Killing Eve) all have chances for a nomination.

The limited series/movie writing category, meanwhile, could also be crammed with UK names. Besides Black Mirror: Bandersnatch writer Charlie Brooker – winner of the award for the past two years — Russell T Davies (for A Very English Scandal), Emma Frost and Matthew Graham (for The Spanish Princess), Anna Symon, Tim Crook and Alison Wilson (for Mrs Wilson) and Claire Wilson and Micheal Lesslie (for The Little Drummer Girl) could all be in the running. Also in with a chance are the Australian Catch-22 team of Luke Davies and David Michod.

Nominated drama series directors may include UK talents Miguel Sapochnik, for this year’s ’The Long Night’ episode of Game of Thrones (whose Battle of the Bastards instalment earned Sapochnik the Emmy in 2016), Mark Mylod, for Succession, and Damon Thomas and Switzerland’s Lisa Bruhlmann, for Killing Eve.

The international influence on this golden era of television could best be illustrated, though, by this year’s limited series or movie directing category. Together with Americans such as Ava DuVernay, director of When They See Us, and Ben Stiller, behind the camera for Escape At Dannemora, contenders in this Emmy category include some impressive names from the international film world.

Likely to figure among nominees for his work on Sharp Objects is French-Canadian film-maker Jean Marc Vallee. UK industry stalwart Stephen Frears should earn a place for A Very English Scandal (which has already earned him this year’s BAFTA fiction directing prize). South Korean festival circuit favourite Park Chan-wook could be on the list for his direction of The Little Drummer Girl, UK stage and screen veteran Richard Eyre may be in the running for Amazon’s King Lear. And don’t rule a nominaton for Swedish director Johan Renck for Chernobyl.