Films of the year 2019: Lisa Nesselson

Nesselson is in-house film critic for the English-language channel of France24, and has reviewed for Screen since 2008. 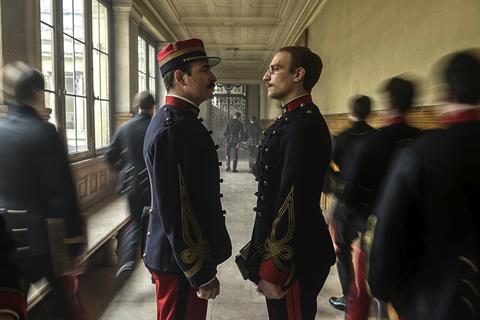 1. An Officer And A Spy (Dir. Roman Polanski)

Worth the wait, Polanski’s mastery of filmmaking illuminates a sober, devastating meditation on raison d’etat, anti-Semitism and the erstwhile power of the press. As with Terrence Malick’s A Hidden Life, this is an exquisite ode to backbone in the face of history. Contact: Playtime
Read Screen’s review here

A deft and haunting path into the psyches of the most dysfunctional American ‘family’ of the 20th century, as three Manson acolytes under­going group therapy gradually reach a reckoning. Contact: Fortitude International
Read Screen’s review here

Allen’s comfortably retro romp is served by a swell cast, particularly the women. Infinitely closer to MGM than MCU and hooray for that. Contact: Gravier Productions
Read Screen’s review here

Children refused to eat pork after Babe and you will never swat a bug again after this droll, superbly animated and sound-designed saga of ingenuity and loyalty among the buzzing classes. Contact: Futurikon

The human capacity to document our own accomplishments — brilliantly assembled from vintage footage and thousands of hours of audio — yields one of cinema’s best action-adventure movies of all time. There is surely not a dry eye in the house as rows of brainy, tie-wearing guys with crewcuts — and exactly one woman — wield slide rules for all mankind. Contact: Neon
Read Screen’s review here

Wildly ambitious, dripping with sex and justifiable fear, the astonishing commitment by hundreds of people over three years to live in a recreated Soviet-era compound and be filmed — in 35mm — living life in character ran 24/7 in two proximate Paris theatres for three weeks in early 2019. Please may this dazzling immersive cinematic experience culled from 700 hours of film to 330 minutes travel to London as planned. Contact: Coproduction Office