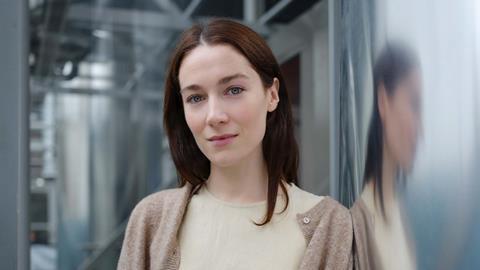 “Both my parents were in an amateur theatre group, so I loved going to rehearsals with them, prompting lines, sitting in the wings,” she says. “Sometimes you would be sent for auditions. I got my first part when I was about eight in a play called By The Bog Of Cats. That was the first time I realised this can be a job. By no means was I a child actor. Just every so often, a job might pop up here and there.”

Born and raised in Dublin, Cullen took drama and theatre studies at Trinity College, nabbing an agent while still at university. On graduation she worked extensively in the theatre. “Because I didn’t go to drama school, those jobs were my training,” she says. “Initially playing smaller parts in these amazing plays with some of the best Irish theatre actors around. It was such an amazing opportunity to watch how it’s done.” She joined the Druid Theatre Company in Galway and the parts got progressively bigger, taking her to New York’s Lincoln Center with Richard III.

TV soon followed, with RTE/BBC miniseries Paula and a regular role in Origin, a sci-fi drama that premiered on YouTube Premium. “That felt like a transformative moment where I was a lead in a multi-million budget series, working every day for six months, really learning and understanding the craft.”

Last year she starred in BritBox comedy drama The Dry with Ciarán Hinds as her father. “It was such a privilege to act opposite him,” she says. “Again, I was happy to hang back and just watch his scenes, even when I wasn’t needed.”

After Straight Line Crazy, Cullen has two jobs booked — a drama series for Netflix called Bodkin, produced by the Obamas’ company Higher Ground, the other for Hulu — but is determined not to forgo the stage for the screen. “First and foremost, it’s the script, be that theatre or film and TV,” she says. “The dream career would be to have a foot in each category. I learned so much from both.”