'The Woodstock of gore': How FrightFest became the UK's top genre event

FrightFest has grown from a small cult gathering into the premier horror event on the UK’s festival calendar. Its organisers talk Tom Grater through a 17-year history and future prospects. 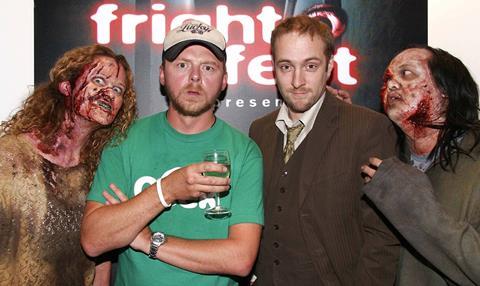 Since it launched in 2000, London genre festival FrightFest has become the go-to event for UK fans and industry alike. This year’s offering is a distinctly grander operation than the one first planned by its co-founders.

“I think we just got together because we wanted an alternative to Notting Hill Carnival,” recalls co-director Alan Jones on the humble origins of the festival, which he founded at the turn of the millennium with Ian Rattray and Paul McEvoy.

The festival’s second outing in 2001 was notable for hosting an early screening of Guillermo Del Toro’s The Devil’s Backbone before it travelled to Telluride and Toronto. After hearing about how popular the screening had been, Del Toro reached out to the organisers to express his gratitude, dubbing the event “the Woodstock of gore”.

In 2004, he attended the festival with Hellboy, alongside actors Ron Perlman and Selma Blair. An array of exciting guests graced the event in its infancy, many of whom were on the cusp of stardom, such as Christopher Nolan (who screened Insomnia), Danny Boyle (an early cut of 28 Days Later), Park Chan-wook (Oldboy), and Nicolas Winding Refn (Fear X).

On the back of that early success, FrightFest quickly outgrew its roots and relocated to the nearby Odeon West End in 2005, extending its run to five days. “Even at those early stages you could tell that there was an appetite for it,” comments co-director Greg Day. The following year, Del Toro returned with the UK premiere of his Palme d’Or-nominated fantasy horror Pan’s Labyrinth, which went on to win three Oscars. In 2009, the nomadic festival moved to Empire Leicester Square.

“That was our heyday,” says Day. “We put all of the films onto their main screen and, for the first time, introduced our Discovery Screen.” That year, the festival showed a relatively unseen Swedish-language adaptation of Stieg Larsson’s crime thriller The Girl With The Dragon Tattoo, which went on to win a Bafta and gross more than $100m worldwide.

The second year at the Empire saw the FrightFest team involved in controversy when they had to pull Srdjan Spasojevic’s dark horror A Serbian Film from the programme following the British Board of Film Classification’s decision to heavily cut the film for release.

“As a festival with global integrity, we think a film should be shown in its entirety as per the director’s intention,” commented Jones at the time. As a response, the festival quickly cobbled together a panel to discuss censorship. “That was a success,” comments Day, “We like the idea of having more discussions and panels.”

In 2014, the venue moved next door to the Vue Leicester Square before relocating again this year to Shepherd’s Bush in west London while the Vue undergoes refurbishment. The partnership will allow the festival to return to the Vue in 2017 but the new location could stick, says Day. “We’ll see how it goes. We have the volume we need but it’s split over several screens. Soon we’re not going to have a cinema big enough for us.”

This year’s FrightFest will feature 67 films over five days, down from 76 last year. It’s a question of logistics, says Day: “If you’re a pass holder, you can only really watch a maximum of five films a day, that’s 25 films. We realised we’d maxed out.” Highlights include the UK premieres of Yeon Sang-ho’s Cannes title Train To Busan and Italian box-office sensation They Call Me Jeeg Robot, as well as talks and panels including a masterclass with Severance writer James Moran, a special-effects demo from Nina Forever maestro Dan Martin and a discussion with Beware The Moon director Paul Davis.

They Call Me Jeeg Robot plays at this year’s FrightFest

Day stresses that FrightFest has always primarily been about catering to its public audiences. “Our mission statement has always been the same — FrightFest is for the fans, by the fans. We’ve never wanted to be too industry driven,” he says. “Distributors and sales agents have always told us the advantage FrightFest has for them is that they share the cinema experience with the fans.”

Jones agrees: “This is one of the key reasons why FrightFest works, the fans, talent and industry are on a level playing field. There’s no VIP differentiation here.”

As such, industry activity has largely been limited at the festival, unlike similar events such as Sitges in Spain and Switzerland’s Neuchâtel International Fantastic Film Festival.

That could be set to change. The festival has a new sponsor in the Horror Channel, which replaces Film4. The arrangement, which involves a multi-year contract, will allow the event to grow, according to Day. “We needed to increase income, and the Horror Channel made us an offer that was very hard to turn down,” he says.

The festival offers fertile ground for industry attendees, with more than 60% of films without UK distribution, and the team is mulling an increase in the industry presence. “We’re planning on opening it up, particularly to foreign distributors,” says Day. “We could start two days earlier, putting those aside for a market.”

Over the years, the FrightFest brand has expanded outside of the remit of the main festival. Since 2006, the FrightFest team have been programming a horror strand at the Glasgow Film Festival in February, the timing of which offers “more flexibility in year-round programming,” says Day. Separately, a partnership was signed with Icon Film Distribution in early 2015, with titles from the festival to be released under the banner FrightFest Presents.

Among the first batch of films were Steve Oram’s Aaaaaaaah! and Isaac Gabaett’s The Sand, which were distributed online. “Producers and sales agents are now confident about us releasing their films in the UK,” says Day, adding that the plan will be for more theatrical releases as the partnership progresses.