Ken Loach's 'Sorry We Missed You' begins shoot, eOne to release in UK 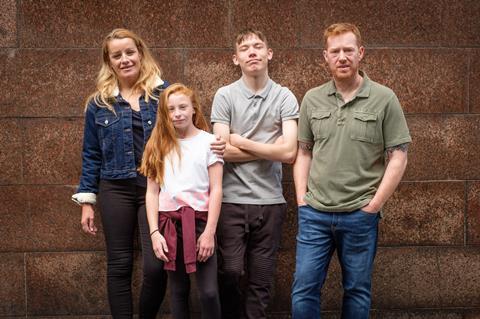 The cast of ‘Sorry We Missed You’

Written by Paul Laverty (The Wind That Shakes The Barley) and produced by Rebecca O’Brien, it will film in Newcastle and the surrounding area for six weeks.

Entertainment One (eOne) will release in the UK in 2019, with Wild Bunch handling international sales.

The Sixteen Films and Why Not production is backed by the BFI and BBC Films, in co-production with Les Films du Fleuve.

The film sees Loach return to the contemporary British themes of 2016’s I, Daniel Blake, which won that year’s Palme d’Or in Cannes .

It revolves around a family struggling with debt as a result of the 2008 financial crisis and will explore the challenges of balancing the gig economy with family life.