Altitude hires head of acquisitions and director of sales (exclusive) 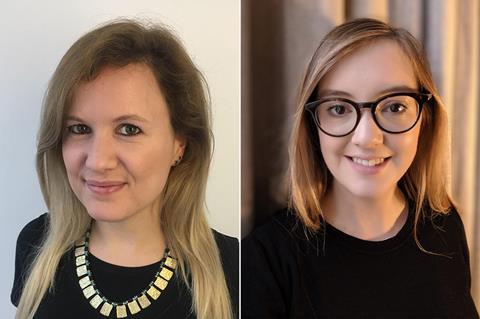 Wilson has been vice president of acquisitions at London-based financier Anton Corp, the parent company of Anton Capital Investment, since November 2016. She was previously director of development at eOne in the UK, and acquisitions co-ordinator at Momentum Pictures before that outfit was folded into eOne.

At Altitude, Wilson will head up acquisitions both for the company’s sales and UK distribution slates and will report to Altitude co-CEO Will Clarke. The appointment follows the departure of former Altitude acquisitions manager Ellie Gibbons late last year.

Additionally, Bryony Forde has been appointed director of sales from STX where she was sales manager. Forde was part of the company’s UK distribution team since June 2017 and was previously at Icon Film Distribution.

In a newly created role, Forde will be responsible for maintaining Altitude’s cinema relationships for feature film and event releases throughout the UK, Ireland and other territories.

The company’s upcoming distribution slate includes Horrible Histories: The Movie – Rotten Romans, which was produced in-house by Clarke and open on more than 500 sites on July 26.

Liam Gallagher: As It Was and Asif Kapadia’s Diego Maradona are both in UK cinemas.