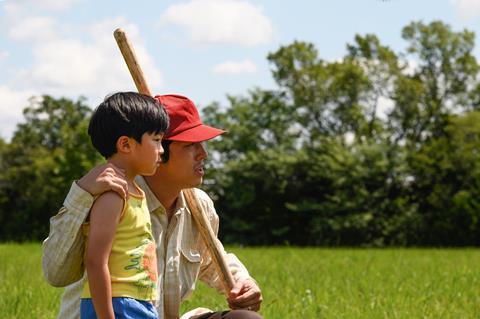 Altitude has acquired UK and Ireland distribution rights to three festival hits and plans to release them during the upcoming awards season.

Lee Isaac Chung’s Minari was acquired from A24 earlier this year. It won the grand jury and audience awards at Sundance, where the drama debuted. Altitude hopes to release on April 2, 2021.

Steven Yeun, best known for roles in Bong Joon Ho’s Okja and The Walking Dead, stars in the story of a Korean-American family trying to build themselves a new life in small town Arkansas in the 1980s. Co-star Yuh-Jung Youn recently secured a best actress nomination at the Gotham Awards.

Altitude has also picked up Bryan Fogel’s documentary thriller The Dissident from HanWay Films. The film investigates the grim circumstances behind the murder of journalist Jamal Khasoggi in 2018. Altitude is aiming for a release on March 5, 2021.

It marks Fogel’s follow up to hard-hitting 2017 investigative feature Icarus, which unravelled the story of Russia’s Olympic doping programming and won the Oscar for best documentary.

The third pick-up is Victor Kossakovsky’s animal rights documentary Gunda, sold by Cinephil. The film, which follows a pig devoted to its piglets and fellow farm animals, is executive produced by Joaquin Phoenix and proved a critics favourite at the Berlinale, where it premiered in February.

Altitude will give it a release in the UK and Ireland on April 30, 2021. It will be released in the US by Neon.

“These are three significant films for us but they’re part of a much bigger, burgeoning slate we have which is looking really strong for next year,” said Altitude Film Distribution managing director Hamish Moseley.

Since the initial re-opening of UK cinemas post-lockdown in the summer, Altitude has been one of the country’s most prolific theatrical distributors. Its releases have ranged from Russell Crowe road rage movie Unhinged and Ladj Ly’s Les Miserables to Sarah Gavron’s Rocks and David Attenborough’s A Life On Our Planet,

Altitude also has a packed slate for 2021. Releases for next year include Tina Turner documentary Tina, directed by Daniel Lindsay and T.J. Martin; Chasing Chaplin, a Charlie Chaplin documentary from Notes On Blindness directors Peter Middleton and James Spinney; and Ari Folman’s animated documentary Where Is Anne Frank?, which follows the imaginary friend to whom Anne Frank dedicated her diary.

Moseley added: “We feel it is our duty to keep supplying cinemas with new films. It’s an opportunity for us but it’s also a responsibility.”