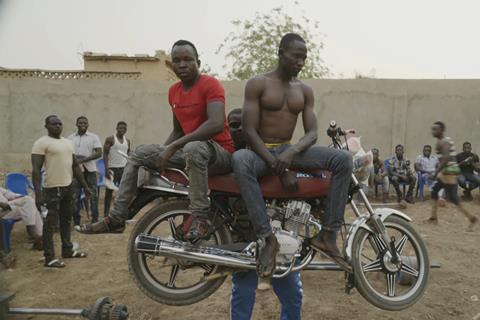 It marks the feature directorial debut of Nigerien filmmaker Macky, who travelled back to her hometown of Zinder to make the documentary – a France-Niger-Germany co-production.

Filming took place in the former lepers’ district of Kara-Kara, where a culture of gang violence reigns. Macky immersed herself in the gangs, known as Palais, whose members revealed their world to her.

Macky’s previous film, The Fruitless Tree, addressed the issue of infertility in Niger and won best documentary at the Africa Movie Academy Awards in 2016.

Zinder is produced by Clara Vuillermoz for France’s Point du Jour-Les Films du Balibari, Ousmane Samassekou of Niger’s Tabous Production, and Erik Winker for Germany’s Corso Films. It was made in coproduction with Arte France and Al-Jazeera Documentary in association with STEPS in South Africa as part of the Generation Africa Project and with the support of Sundance Documentary Fund, IDFA Bertha coproduction Fund and World Cinema Fund Africa.

It is selected to play in the international feature film competition of Visions du Reél, where Andana Films also represents Marc Isaacs’ The Filmmakers’ House, which plays in the Latitudes section.