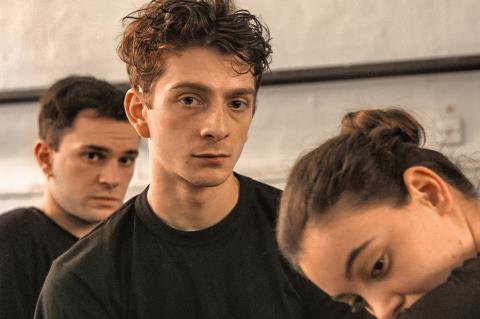 ARP Séléction has snapped up French rights to Swedish filmmaker Levan Akin’s And Then We Danced, exploring the struggles of Georgia’s LGBT+ community through the prism of dancers at a conservative national dance company, ahead of its premiere in Directors’ Fortnight next week (May 16).

It marks one of the first deals for new French sales company Totem Films which makes its market debut this Cannes, after its launch last year by sales veterans Agathe Valentin, Bérénice Vincent and film finance expert Laure Parleani.

And Then We Danced is Akin’s third feature after The Circle and Certain People and a number of high-profile TV dramas including Real Humans for state broadcaster SVT.

It revolves around a talented young dancer at the National Georgian Ensemble whose world is turned upside down by the arrival of a carefree and charismatic new member, who becomes his strongest rival and desire.

These feelings develop against the backdrop of the gender conservative and strict atmosphere of the Georgian national dance scene, one of the key poles of the country’s traditional culture alongside the Orthodox Church and polyphonic singing.

It is the first time Akin – who was born in Stockholm to Georgian parents – has shot a film in Georgia, a country he visited regularly as a child.

The director has said he felt compelled to explore the struggles of Georgia’s LGBT+ community after witnessing an angry mob attack a Gay Pride parade in 2013.

Beyond its focus, the feature also explores the growing divide between Georgia’s older, conservative generation and the country’s globally-connected youth who want to remain true to their country’s culture and traditions but on their own terms.

Other Cannes titles on the Totem Films’ slate include Costa Rican Cannes Critics’ Week selection Ceniza Negra. The company will also launch pre-sales on the Trans-Siberian-set Compartment No.6, the new film from Finnish director Juho Kuosmanen after his Un Certain Regard-winning The Happiest Day In The Life Of Olli Maki.