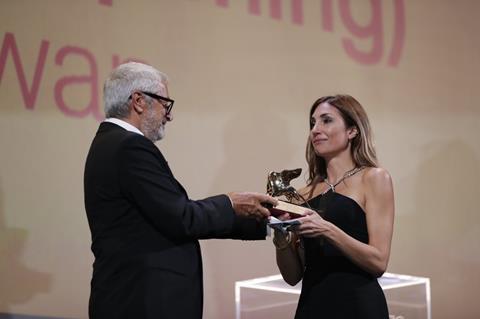 French director Audrey Diwan’s abortion drama Happening (L’Eventement) has won the Golden Lion for best film in an historic night at the 2021 Venice Film Festival that marked the second consecutive year a film directed by a woman has won the top prize following Chloe Zhao’s triumph for Nomadland in 2020. 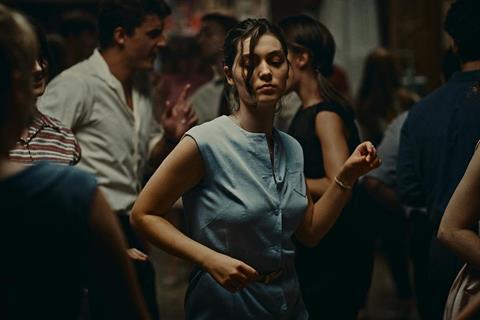 Jane Campion took the directing prize for her Western The Power Of The Dog and Maggie Gyllenhaal won screenplay honours for her directorial debut The Lost Daughter.

Paolo Sorrentino’s Silver Lion The Hand Of God earned the Venice Silver Lion – grand jury prize on a night that boosted Netflix’s awards season prospects with The Hand Of God, The Power Of The Dog and The Lost Daughter all in its war chest.

Penelope Cruz claimed the Coppa Volpi best actress award for Pedro Almodovar’s Parallel Mothers which Sony Pictures Classics will release in the US, and John Arcilla took corresponding best actor honours for  On The Job: The Missing 8. Filippo Scotti, was named best young actor for The Hand Of God.

The honours for Diwan, Campion and Gyllenhaal extend a mighty run of form for women filmmakers at prestige festivals this year after Julia Ducournau became the first solo female director to win the Cannes Palme d’Or for Titane in July. (Campion’s The Piano shared the award in 1993 with Chen Kaige’s Farewell My Concubine.) On top of that, Chloe Zhao triumphed in the best film and directing categories at the Oscars in April for Nomadland.

Coppa Volpi for best actor
John Arcilla for  On The Job: The Missing 8