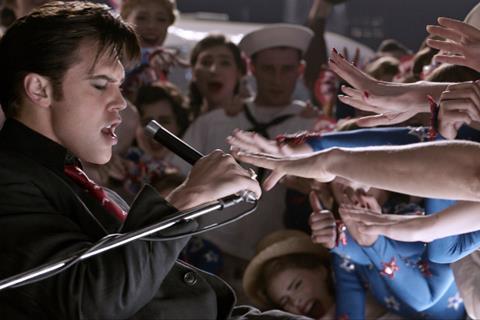 Elvis won 11 awards including best film at the Australian Academy of Cinema and Television Arts Awards (AACTAs), held over two days (December 5 and 7) in Sydney.

Director Baz Luhrmann and actor Austin Butler were among the Elvis winners, along with cinematographer Mandy Walker – who is reportedly the first woman to win the category at the AACTAs.

Catherine Martin won for costume design and for being part of the production design team. Like actor Chris Hemsworth, she was honoured more generally for her career and her impact on the Australian industry.

Writer/director Thomas M Wright elbowed out Elvis and others with his screenplay for The Stranger, based on a book by crime reporter Kate Kyriacou. British actor Sean Harris won best supporting actor for the film.

Leah Purcell earned the best actress award for her role in The Drover’s Wife The Legend Of Molly Johnson, her feature debut as a writer and as a director.

A Stitch In Time, written and directed by Sasha Hadden, was awarded best indie film, whilst Cezary Skubiszewski won the original score prize for Falling For Figaro.