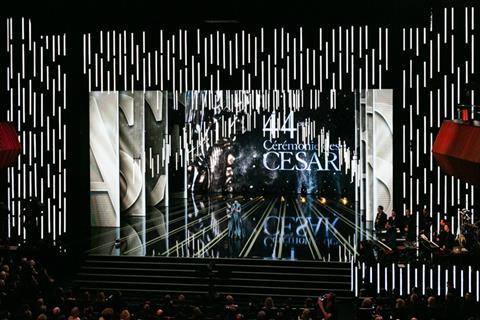 The entire governing board of France’s Academy of Cinema Arts and Techniques, which organises the country’s César awards, resigned on Thursday evening (Feb 13) following weeks of criticism about the way the body is run.

“To honour those who made films in 2019, and to re-establish some calm and ensure that party for cinema remains a party, the board of the Association for the Promotion of Cinema (APC) has taken the unanimous decision to resign,” the board announced in a statement put out by the César Academy on Thursday.

The APC is a not-for-profit body created in 1974 by Georges Cravenne, the late producer who created the César Awards, to oversee the Academy of Cinema Arts and Techniques, which is also known as the César Academy.

The announcement came just three days after some 200 French stars and filmmakers published an open letter calling for “a complete overhaul” of the César Academy.

The APC responded to the letter on Tuesday morning saying it had asked National Cinema Centre (CNC) president Dominique Boutonnat to appoint a mediator to oversee the reform of the body and its statutes, which date back to 1974.

The body and Terzian have been in hot water since mid-January when it came to light that Claire Denis and Virginie Despentes had been deliberately omitted from the guest list for its annual Dîner des Révélations event, despite being nominated as guests by the emerging talent in attendance.

Terzian issue a hasty apology but the incident provoked deeper scrutiny of other parts of the Academy’s operations, including its finances, lack of transparency and the way it runs the membership application process.

After meeting with several professional bodies, Terzian promised a raft of reforms aimed at encouraging gender parity and diversity within its ranks as well as welcoming younger members. His pledges did little to calm the situation.

“This collective resignation will open the way for a complete renewal of the association’s management,” the board said in its statement on Thursday evening.

“The General Assembly, which will take place after the awards ceremony on February 28, will be able to elect a new management which can then, under the guidance of the CNC, modify the association’s founding statutes and get to work with the previously announced modernisation measures.”

It was unclear who would run the upcoming 45th ceremony that was due to take place at the Salle Pleyel on February 28 in the presence of some 1,700 film world guests. The recipient of the Honorary César has also yet to be announced.

The event was already shrouded in controversy after director Roman Polanski’s An Officer And A Spy garnered the most nominations in the first round of voting by its 4,800 French members.

Coming less than three months after fresh rape allegations against Polanski by a French photographer emerged, which he denied, the film industry’s endorsement of the director and his film sparked outrage among French women’s rights activists who are planning to picket the red carpet.