'Fabergé' documentary to get global screening 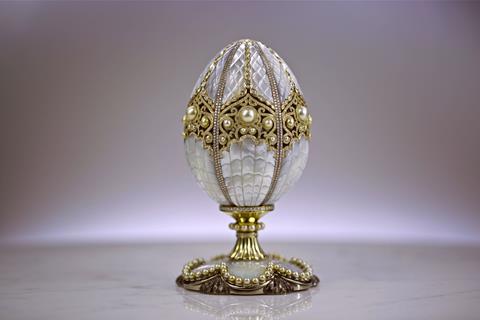 Event cinema specialist Arts Alliance is to bring award-winning documentary Fabergé: A Life of Its Own to cinemas worldwide for one day only.

The film, which has picked up festival prizes at Newport Beach, Palm Beach and Beverly Hills, will be shown on June 29 in more than 20 territories across more than 400 screens.

Directed by Patrick Mark, the film includes the unveiling of the first ‘Imperial Class’ Egg produced in nearly 100 years, the story of a lost Imperial Egg that was nearly melted down by a scrap dealer before he realised its true value, and the history of the Fabergé dynasty.

The film was shot at locations across Russia, Europe and the US, including the collection of HM Queen Elizabeth II, and includes interviews with the world’s foremost Faberge authorities, as well as personal reminiscences from Faberge family members.