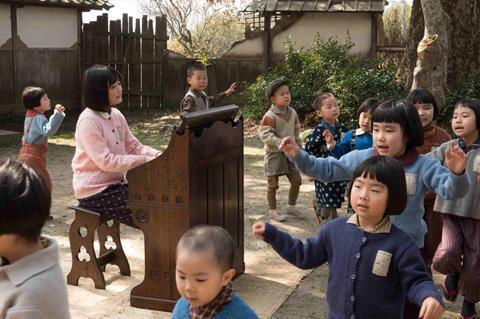 Japan’s Gaga is launching international sales at Filmart on Organ, the second feature from Emiko Hiramatsu (Seven Days Of Sunflower And Puppy) who worked with Yoji Yamada as co-screenwriter and assistant director on films including What A Wonderful Family!.

Starring Erika Toda (Code Blue) and Sakurako Ohara (The Liar And His Lover), the film is based on a true story from the Second World War when young nursery school teachers evacuated dozens of children from Tokyo to save their lives. Under the threat of bombing, one teacher plays an organ to relieve the children’s fear and loneliness.