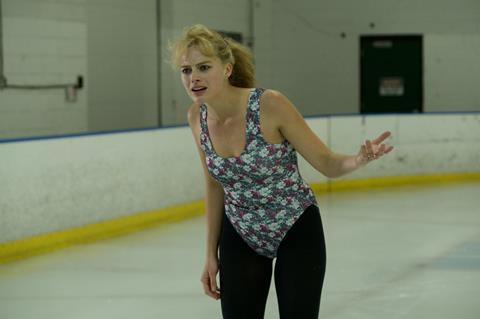 The UK Film Centre in Cannes was heaving this weekend for the ’New Dealmakers’ panel, which saw leading financiers discussed the rapidly changing independent film landscape.

“Every single Cannes, we’re all worse off then the previous one. Everyone is complaining every year that it gets worse…and worse and worse,” Head Gear’s Phil Hunt noted of the gloom that sometimes grips the Marché Du Film.

Hunt pointed to the ambivalent impact of the “big digital giants” like Netflix and Amazon on the business. “They’re great if they buy your film for the big number and everybody wins but the middle ground has started to collapse more and more.”

The Head Gear boss criticised the lack of transparency of these digital disruptors: “They don’t share data. This makes it tricky for the film producers to assess what they want and how their audiences are responding to films and TV dramas. Also, what the buyers and digital giants need changes much faster than we can make movies.”

Producers (Hunt pointed out) have based their business plans on the expectation that the digital giants’ appetite for new product would remain voracious. In fact, they are buying less. Producers who’ve made films relying on the big SVOD sale to recoup their outlay risk being burned.

What works in the market right now? Posed this question, the panelists had very varying responses.

“Just because you have Liam Neeson in a movie, it doesn’t mean that movie is necessarily destined for success in the way it was five years ago,” said Tristen Tuckfield of financiers, 30West (who were behind I, Tonya.)

If even the ever reliable box office draw Neeson (the venerable Irish star of genre favourites like Taken and The Commuter) can’t be banked on at the box office, the independent sector may indeed be wobbling. However, Buckfield was quick to point out that 30West have a Liam Neeson film of their own, action thriller, In The Flames, and they’re confident it will be a hit.

The secret is being “very strategic” in timing the launch of a new project and making sure that you present the title to the buyer at the best moment.

“Budget, budget, budget,” Hunt chimed in, emphasising the importance of keeping costs down and not over paying the stars.

“We did a Sarah-Jessica Parker movie for $2.9 million and we fully financed that,” Hunt said. “It was a small movie…she (Parker) didn’t take a big fee,” he noted of indie drama Blue Night starring (and produced by) Parker (and sold by Ambi.)

The same film (panellists suggested) might have been made at as much as $12 million if it had been packaged up in the traditional fashion by the agents and put out for tender for the sales agents to bid on. Instead, costs were kept down and the film was therefore given a much stronger chance of making a success in the market place.

“We can’t be greedy any more. The stars should not be making so much money because it is just so risky out there,” Hunt said.

Claudia Bluemhuber of financier Silver Reel warned of the risks when distributors pre-bought packages of big films with big name stars - and then the films weren’t delivered. “That’s a problem as well…are these packages ever going to happen?” the Swiss-based financier observed. She also warned of the importance in making the packages affordable. “As a producer or financier, you have to think of (what happens) afterwards. If these prices are jacked up, these distributors buying might end up losing a lot of money.  Are they going to be back in the market? That is what we have seen. There was a hype in the market. Distributors had been buying product for a lot of money before. They got killed and then they didn’t buy anything for the last two years. Now, they’re coming back but it (over-pricing) is very, very dangerous.”