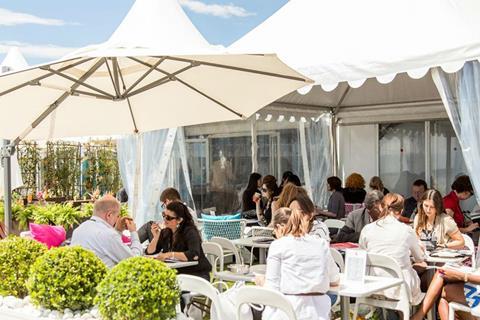 The UK Film Centre at Cannes

The UK Film Centre has announced its full line-up of events and talks for the 2018 Cannes Film Festival.

This year’s programme includes Brexit briefing, a discussion on the UK film sector’s European partnerships; How to Budget the Inclusion Rider with speakers including Carol producer Elizabeth Karlsen; and a series of Talent Talks with filmakers whose work is screening at the festival.

The UK Film Centre will be open in Cannes from Tuesday 8th May until Thursday 17th at Pavilion 117 in the International Village Riviera.

Open daily from 9am – 6pm, the Centre hosts topical industry events, showcases UK films and co-productions, acts as an information point for the UK film industry and offers meeting spaces and a café.

Changing Role of Agents - Highlights from UK Film on Vimeo.