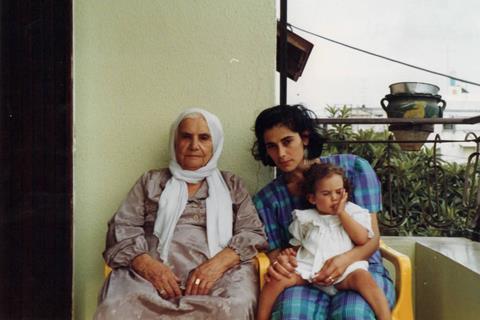 UK-Palestinian director Farah Nabulsi, who was Oscar-nominated this year for her debut short The Present, has secured the backing of the Doha Film Institute (DFI) for her upcoming first feature The Teacher.

It is one of 32 projects hailing from 13 territories to receive funding from the Qatari institution in its spring 2021 grants round.

According to a logline provided by the DFI, it follows “a Palestinian teenage boy who discovers his teacher is involved with the darker side of resistance and feels emboldened to seek revenge for the death of his brother”.

London-based Nabulsi’s short film The Present propelled her onto the world stage earlier this year after it was nominated in the short film category of the Academy Awards and was subsequently acquired by Netflix.

It stars Saleh Bakri as a Palestinian man living in the West Bank who sets off on a quest with his young daughter to buy his wife an anniversary gift, amid the complications of travelling around the territory.

It was produced by Ossama Bawardi under the banner of Philistine Films, his joint company with Annemarie Jacir, with Nabulsi taking an executive producer credit.

Other spring 2021 recipients include Syrian filmmaker, producer, and scriptwriter Hala Alabdalla, whose documentary I Am The One Who Brings Flowers To Her Grave played in Venice Horizons in 2016.

She has won support for her documentary Omar Amiralay - Sorrow, Time and Silence about the late Syrian filmmaker and political activist whose works included A Flood In Baath Country.

Nabulsi and Alabdalla are among 14 female filmmakers in the selection.

Further grantees include Jordanian director and former Screen Arab Star Of Tomorrow Amjad Al-Rasheed for his first feature Inshallah A Boy about a recently widowed woman who is desperately trying to conceive a son so as not to lose her home under local inheritance laws.

French-Palestinian-Algerian filmmaker director Lina Soualem has also won a grant for documentary Bye Bye Tiberius about actress Hiam Abbass’s trajectory from her village in Galilee to France to follow her acting dreams.

Soualem made waves on the festival circuit in 2020 with debut feature documentary Their Algeria which world premiered in Switzerland’s Visions du Reel festival.

Four film projects hail from outside the MENA region including Mexican director Miguel Salgado’s feature drama Shame about a young man whose life crumbles after he is taken hostage by a criminal gang and forced into committing a deadly act.

”The programme continues in its mission to amplify new talent and contribute to the development of independent cinema. We have supported more than 640 films from 70 countries to date and are now recognised internationally as an unparalleled development and financing entity for Arab cinema,” said DFI CEO Fatma Hassan Alremaihi.