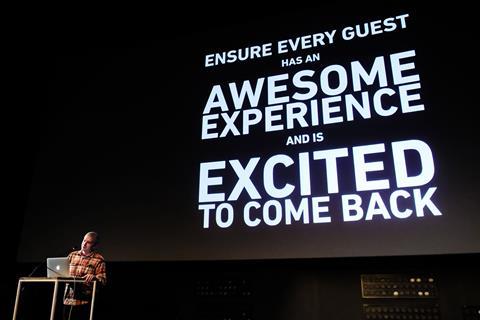 Flanders Image has confirmed the third edition of its film and TV industry event CONNeXT will run Oct 7-10 in Ghent.

The projects, works-in-progress and TV line-up presentations will be spread over the three days instead of two, a change for the 2018 edition. There will also be keynotes and panels each day, as well as screenings on all three days.

The invitation-only attendees include top sales companies and festival programmers from the likes of Berlinale, Tribeca and SXSW.

At last year’s CONNeXT, projects presented include Gangsta (Patser) by Adil El Arbi and Bilall Fallah, who are now in talks to direct Bad Boys 3 and Beverly Hills Cop 4; WIP prizewinner Girl by Lukas Dhont, which went on to also win the WIP award at Les Arcs; and TV drama The Day, which will be shown in EFM’s Series Market Screenings.

More information is available at connext.flandersimage.com

Read more: Blue Fox Entertainment takes world on The Elephant And The Butterfly