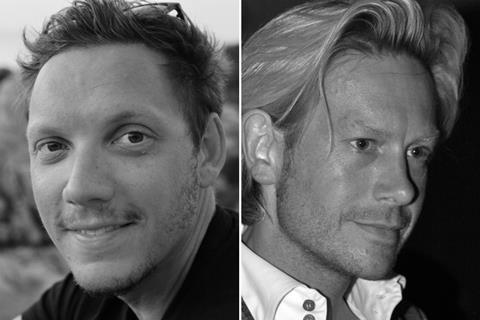 The company will look to pick up independent genre films from around the world, with a broad focus across language and country of origin, and the team are now reviewing potential first acquisitions. It plans to distribute theatrically as well as on digital platforms and broadcasters.

“Most filmmakers want the same thing; to have their work seen by the largest possible audience. We will help them to achieve that, and also help producers and sales agents to monetise their deep catalogues,” commented Peter Thompson.

Thompson began his career at Revolver Entertainment, working on titles including Werner Herzog’s Grizzly Man and Banksy’s documentary Exit Through The Gift Shop. In 2012, he joined Matthew Kreuzer at Kaleidoscope, working on Joss Whedon’s Much Ado About Nothing and Liam Neeson-narrated documentary Road, before becoming head of sales at Arrow in 2015.

Matthew Kreuzer began his career in the music industry and moved into film distribution in 2002, working at Universal Pictures, Contender Group, Revolver, and Kaleidoscope.