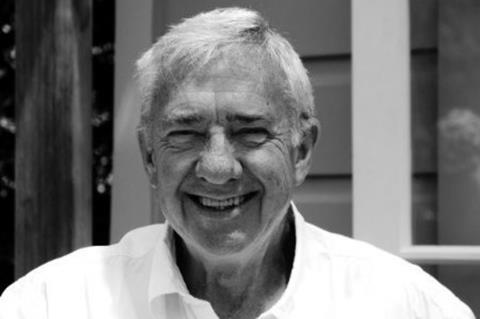 Bill Gavin, a former executive at the UK’s Goldcrest Films who worked on films including Gandhi and Whale Rider, has died aged 83 at his home in Auckland, New Zealand after a short illness.

The industry veteran worked on several award-winning features throughout his career as an independent sales agent, distributor, exhibitor and producer.

Born in Wellington, New Zealand, Gavin began his career as a motor racing journalist and moved to the UK in the early 1960s after securing a contract to report on successful Kiwi Formula One drivers competing overseas.

This experience, which included managing the Ferrari team for New Zealand driver Chris Amon, led to his first film experience, writing the narration for John Frankenheimer’s Grand Prix in 1966.

In 1972, he moved into the music business, joining UK entertainment impresario Laurence Myers’ GTO group, and helped manage a range of bands including Sweet and The New Seekers.

The company launched GTO Films to make films promoting its glam rock acts, but soon moved into distribution with Gavin working on the UK release of Peter Weir’s Picnic At Hanging Rock and Lina Wertmüller’s Swept Away.

In 1978, Gavin moved to Australia to become general manager of 20th Century Fox-owned Hoyts Theatres and spearheaded the company’s entry into distribution. His success distributing the first Muppet Movie in the country saw British media mogul Lew Grade invite him to join ITC Films’ sales team in London. Among the films he handled were The Dark Crystal, Sophie’s Choice, On Golden Pond and Raise The Titanic.

In the early 1980s, he formed London-based sales company Gavin Film but put this on hold to join newly-established Goldcrest Films as director of distribution and marketing. He was given a seat on the board and travelled the world selling Goldcrest films including Gandhi, Local Hero and The Killing Fields.

Bill re-established Gavin Film in 1984 and set about pre-selling and financing a slew of mostly British independent movies. Among these were Alex Cox’s Sid And Nancy, Peter Greenaway’s Belly Of An Architect, Stephen Frears’ Sammy And Rosie Get Laid and Prick Up Your Ears, Bill Douglas’ Comrades and Bob Swaim’s Half Moon Street.

After returning to New Zealand in the 1990s, Bill became involved in local producing, including 1999’s What Becomes Of The Broken Hearted?, the sequel to Lee Tamahori’s Once Were Warriors.

In 1999, he began a two-year stint as head of features at South Pacific Pictures and invited director Niki Caro to write an adaption of Whale Rider, securing European financing and presales on the strength of her script. The film won awards at Toronto, Sundance and the Baftas, and saw lead actress Keisha Castle-Hughes secure an Oscar nomination.

Over the past decade, Gavin was a mentor and friend to many New Zealand filmmakers and maintained his extensive network of international connections and relationships.