Wadjda director among 30 awarded grants in the Doha Film Institute’s latest round of funding. 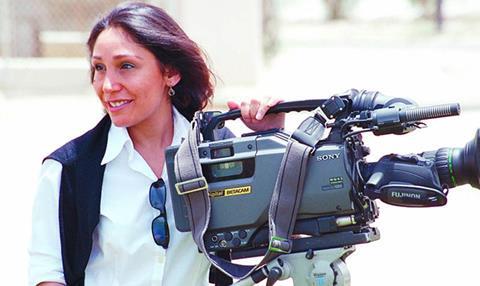 Haifaa Al Mansour, the director of 2012 Bafta-nominated Wadjda, has received a grant for her first animated feature project Miss Camel (in development) as part of the Doha Film Institute’s Fall 2015 round of funding.

The film will follow a teenage camel in Saudi Arabia which travels across the country to compete in a beauty pageant.

In total, 30 projects have received grants, including 16 feature films, three of which are animations, and 10 documentaries.

Of the projects selected, 24 are from the MENA region, while for the first time filmmakers from Chile, Peru and Spain will all receive funding.

Fatma Al Remaihi, CEO of the Doha Film Institute, said: “Animated films are very popular in our region so it is very encouraging to see an acclaimed filmmaker like Haifaa Al Mansour turn her skills to this important genre; we support two other animated projects in this grants cycle as well.”

The other two animated features awarded grants are Mortada Gzar’s Language, about a blind man living in Baghdad who one day wakes up as a giant, and Hafiz Ali Abdullah’s The Search For The Star Pearl, about a young pearl diver from Doha who discovers a treasure map to the most valuable gem on Earth.

Among the documentaries supported is Heidi Brandenburg and Mathew Orzel’s When Two Worlds Collide (post-production), which tells the story of the Amazon rainforest’s indigenous tribes and is the first ever Peruvian film to be awarded a grant by the initiative. It is set to have its premiere at the Sundance Film Festival (Jan 21-31).

Tariq, the sniper of Haifa Street in Baghdad, kills Ahmed on his wedding day. While Tariq prevents anyone from approaching the corpse in the street, an intimate and telling drama unfolds.

A teenaged Saudi camel challenges the deep-rooted restrictions of her culture by travelling across the kingdom to compete in the Miss Camel beauty pageant in Doha.

A young, poor and uneducated girl works as a maid for a middle-class family in contemporary Morocco. Her use of pagan rites to confront her entrapment and make sense of her world ultimately corrupt her.

The Search for the Star Pearl by Hafiz Ali Abdullah (Qatar)

Ali, a 17-year-old pearl diver from Doha, discovers a map to the Star Pearl of Abu Derya, the most valuable gem on Earth, and  sets sail with three teenaged friends in search of the pearl. Along the way, they face mythological beasts that challenge their skills and friendship.

A flood leaves three Cairenes homeless. As they journey across the city in search of shelter, they depend upon one another to survive and keep their dreams alive.

The world has left nothing to Taheya apart from her brother Saqr. When he disappears, Taheya pursues him in desperation.

A love story blossoms between Taysir and Lina, exiles from Syria, while they drive across their homeland to bury Taysir’s brother, a victim of the armed conflict.

Till the Swallows Return by Karim Moussaoui (Algeria, France)

This is the story of three characters who are a product of the conflicted Algeria of the 2000s. Their ideals shattered and their moral strength drained, each now faces a difficult life choice.

Fifteen-year-old Dounia lives with her mother in a rough Parisian suburb, where she has been saddled with the nickname “bastard”.

Soon after a mysterious woman arrives on a plantation, a pernicious black frost ceases to devastate the countryside. Hope emerges. Might she might be a saviour?

Young Ali saves up all the money he can working at a tyre repair shop to buy a coveted blue bicycle. Meanwhile, at school, his love for his schoolmate Elif leads him to defend her dismissal as school president. A story of childish love, dreams and resistance.

Radical Islamists attack a village in Iraq where two young Yazidis are preparing for their marriage. At that moment, their lives become a nightmare.

Inés, a photographer, is creating a book of her work. Gradually, the process becomes a personal exploration of her past and the absence of her father, who was disappeared during the military dictatorship in Argentina.

In the Atlas Mountains in the past, a caravan searches for the path to take a Sufi master home to die. Among the party is Ahmed, a rascal who eventually becomes inspired to lead the caravan to its destination. Along the way, he is assisted by Shakib, a man sent from contemporary Morocco to guide Ahmed on his journey.

In 1860, a French lawyer dreamed of becoming the King of Patagonia – and he did just that. Or so it seemed.

Suspension by Ala Eddine Slim (Tunisia)

N is a candidate for an illegal crossing of the Mediterranean from Tunisia. A supernatural voyage, during which N will confront nature and himself, begins.

In Algeria, Ali and his sheep, bought for slaughter on Eid Al-Adha, are getting ready for the fight. Once the bets are in, the referee invites the owners into the ring…

Behind the Doors by Yakout Elhababi (Morocco)

High in the Rif mountains of Morocco, the people survive by growing kif. Beneath the shadow of the ambiguous legality of the crop, ‘Behind the Doors’ tells the story of a family through its children and their mirroring games.

In 1976, at the age of four, Marlene was put up for adoption in Lebanon and raised in France. In delving into her past, she discovers she is a survivor of the massacre at the Tal Al-Zaatar Palestinian refugee camp, and a family of survivors grows around her.

While director Khalid Shamis watched television in his suburban London home, his father was plotting the overthrow of Muammar Gadaffi in his study. When the regime fell, Shamis sought answers about Libya under Gadaffi and his father’s role in its failed liberation.

‘Ibrahim’ uncovers the long journey of the director’s father as a young man, when he was a secret member of Abu Nidal, a militant Palestinian revolutionary organisation.

A journey to unravel love in past and contemporary Algeria by exploring the unique phenomenon of a Bollywood film that swept the country in the 1980s.

To the Ends of the Earth by Hamida Al Kawari (Qatar)

A Qatari woman travels on an environmental expedition to Antarctica in search of hope, before returning to the Gulf and finding unity and inspiration for positive change.

‘Weight Thowers’ follows the struggles of Azzedine and Youssef, disabled members of Morocco’s unemployed and disillusioned young generation, as they struggle to train for the 2016 Paralympic Games in Rio de Janeiro.

A group of Lebanese men re-enact the ordeals they experienced as detainees in Syria’s notorious Tadmor prison. An ode to the human will to survive.

A story of a man and a people, and of the fate of one of our planet’s most valuable natural resources – the Amazon rainforest.

Behind the Wall by Karima Zoubir (Morocco)

Nadia, a little girl, lives in a Casablanca slum that is surrounded by a wall. One day, the municipality begins to paint the wall – but why this sudden interest?

A father takes his two sons out to the desert to learn about hunting and survival, but the results are not quite what he was expecting.

An old blind man walks throught the streets of Baghdad, then falls asleep while reading a book in Braille. When he wakes up, he finds he has become a giant and reads the devastation of the city by touch.

An Arab family and a Western family find themselves sharing a hospital room; the only thing that separates them is a curtain.