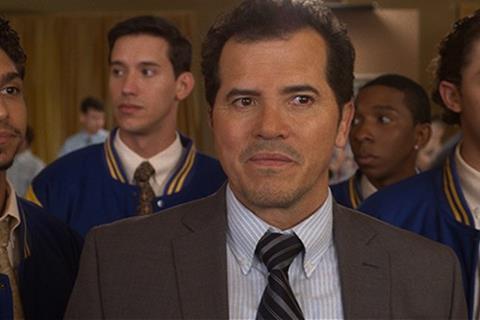 Leguizamo stars in the Miami-set story, based on actual events, about a chess fanatic who against the odds trains a group of underprivileged teenagers and takes them to the US National Chess Championship.

Critical Thinking was scheduled to premiere in official selection at Austin before the festival was cancelled due to the coronavirus pandemic. It will screen in the Cannes virtual market on Cinando, and CMG is arranging additional slots via RightsTrade and Vimeo links upon request.

Executive producer Carla Berkowitz read about the story in 1998 of Miami Jackson High School’s chess coach Mario Martinez and how he shepherded his young team to success, and was instrumental in bringing the project to the screen alongside business partner Harvey R. Chaplin.

Vertical Entertainment holds US rights and plans a September release.

“In today’s fractured society, with so many disenfranchised young adults in our country and around the world, this is a story which can and will inspire all of us to do better, keep focused and stay positive,” said Leguizamo.

“With Critical Thinking we wanted to create a universal message of hope and spread this message to the world. I am very excited to be presenting our film via CMG to the best of film buyers during the Cannes virtual market. Wish I could be there to engage with the buyers to open their hearts and minds to this amazing story and to do the right thing by buying the film.”

“During the making of Critical Thinking, it has been my privilege and honour seeing the best of the best rise above,” said Berkowitz. “I’m so proud that this movie will shine a light on and show the brilliance and recognition these kids so deserve.”

“This powerful and emotionally fulfilling story of young adults finding their path in life through their own ambition but also the watchful eye of their mindful teacher is a true inspiration to all of us”, added Noeltner. “We’re privileged to be working with this incredible team and to be showcasing Critical Thinking to the community of film buyers from around the world later this month during the Cannes virtual market.”