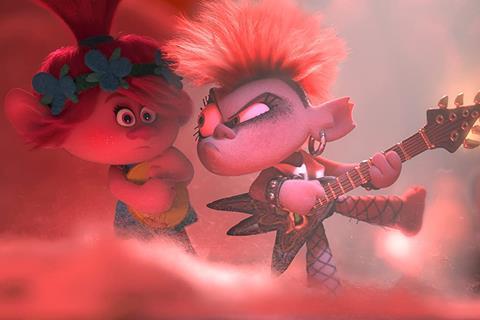 Of the territory’s top three multiplex chains, Megabox now looks to be the exclusive exhibitor for the musical animation sequel to 2016’s Trolls.

CJ CGV and Lotte Cinema previously boycotted Netflix releases such as Bong Joon Ho’s 2017 sci-fi Okja on the grounds of maintaining the usual holdback windows of at least two to three weeks for releases in South Korea.

Conversely, Megabox has previously screened Netflix films such as Okja, Martin Scorsese’s The Irishman and Noah Baumbach’s Marriage Story, and has been known to prioritise diverse content over holdback windows.

In Universal Pictures’ recent case, the smashing of holdback windows is in response to coronavirus pandemic measures that are impacting cinema attendance around the world.

South Korean box office has recently hit new lows with Monday (April 6) seeing a mere total of 15,725 admissions, according to the Korean Film Council – down nearly 90% compared to the first Monday of April 2019.

According to current KOFIC data, CJ CGV has 1,265 screens while Lotte has 919 screens and Megabox 691.