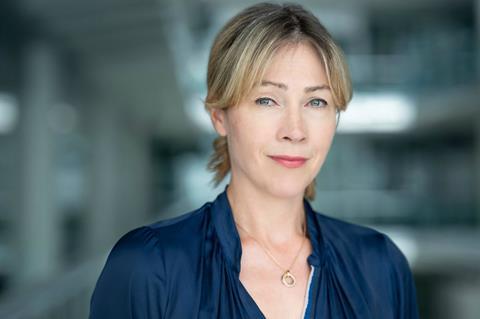 Netflix has appointed Anna Mallett as VP physical production for the UK and local language production across EMEA, LATAM and APAC.

Mallett joins from ITN, where she was CEO since 2019, and will lead the Netflix production management team across these regions for live-action series, non-fiction and film.

Based in London, she will report to Los Angeles-based VP physical production Ty Warren and begin the role in the new year.

Roughly half of Netflix’s features are filmed outside the US. Alongside its headquarters in Los Angeles, Netflix also has production hubs in Albuquerque, Toronto, New York, Madrid, Vancouver and the UK. The SVoD giant received the keys to its long-term rental at the UK’s Shepperton Studios last year, in a deal overseen by Warren.

Before joining ITN Mallett was COO and managing director, production of BBC Studios. She has also served as CEO of BBC Studios and Post Production Ltd (now BBC Studioworks) and controller of business strategy, where she was responsible for the BBC’s overall commercial strategy. Before joining the BBC, Mallett worked for seven years at the Boston Consulting Group in London, focusing on media and retail.

Netflix is presently shooting TV series The Witcher at Arborfield Studios, childrens’ series The Last Bus at the Bottle Yard Studios in Bristol and a new series of Sex Education is filming on location in Wales.