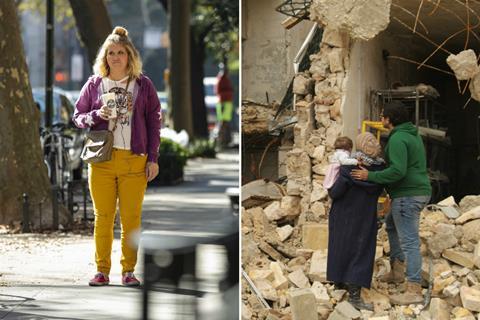 ‘Brittany Runs A Marathon’, ‘For Sama’

Republic Film Distribution, the nascent UK releasing company set up by Zak Brilliant, has made two significant theatrical acquisitions: Amazon Studios’ Brittany Runs A Marathon, and UK feature documentary For Sama, which has had acclaimed screenings at SXSW and Cannes.

Republic is positioning itself as both a boutique distributor and theatrical servicing company, with a focus on independent films with social impact.

Paul Downs Colaizzo’s Brittany Runs A Marathon premiered at Sundance in the US Dramatic Competition and was picked up by Amazon Studios in an eye-catching $14m deal for worldwide rights. In the UK, Amazon is partnering with Republic on the release in a similar deal to the streamers recent pact with Curzon on The Report, which is more than just a straight servicing deal (such as Curzon’s work with Netflix here). Republic would not confirm the exact details of the partnership other than that it will be the official distributor of the title in the UK when it opens on November 1.

For Sama is produced by ITN Productions and Channel 4 News for Channel 4 and PBS Frontline and has been a serial award winner since its premiere at SXSW. It won the best documentary award at the US festival and has since played as a Special Screening at Cannes, where it picked up the Golden Eye Documentary Prize, at Sheffield Doc/Fest, where it won the audience award, and at Toronto’s HotDocs, where it took the special jury prize.

Waad Al-Khateab and Edward Watts co-directed the feature which documents a family’s experience of the recent conflict in Syria, including the devastating campaign of bombing of Aleppo by the Assad regime. Screen’s review from Cannes described it as “compelling”. Republic is releasing the film on September 13 and Channel 4 will broadcast in the UK this autumn.

Channel 4 originally planned to take the title straight to broadcast, but after its buzzy Cannes premiere the broadcaster began to field multiple offers for theatrical distribution.  Screen understands Republic’s pitch for the project saw it win out over several more established distributors.

Republic was launched softly at the end of last year, handling releases for indie titles Jellyfish, Dead In A Week (Or Your Money Back) and Freak Show. The company also has UK rights to Ewa Banaszkiewicz and Mateusz Dymek’s My Friend The Polish Girl, which premiered at IFFR last year and recently won the grand prix award at the Koszalin Film Festival. It is opening in the UK on July 19.

Brilliant was at Icon Film Distribution for more than 16 years, rising to head of distribution. He has overseen the releases of more than 200 titles in his career.

Icon closed in 2018, one of several casualties of the increasingly tough independent distribution market in the UK.

The launch of Republic is the latest in a spate of newly-set-up indie UK distribution companies, all of which are operating as nimble outfits with low overheads. The new model is a response to the difficulties faced by larger-size outfits operating in the middle ground of the market. Examples include Parkland Entertainment, Blue Finch Films, and 606 Distribution. Those companies are in competition with other indies (such as eOne and Lionsgate) for around 15% of the UK box office market. The other 85% is dominated by the US studios.