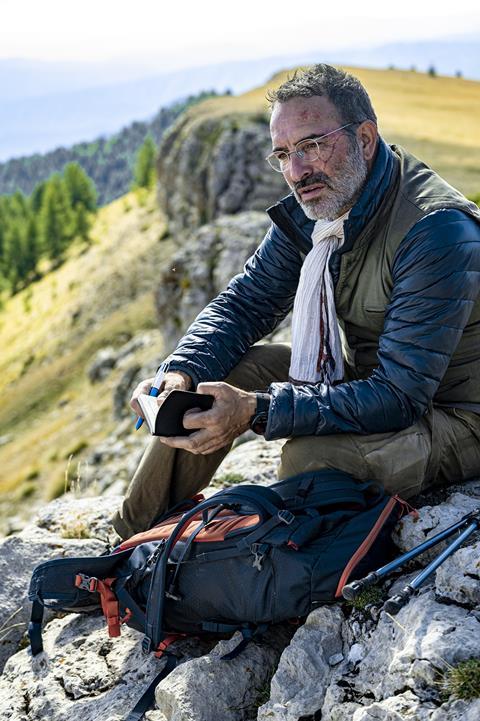 ‘On The Wandering Paths’

On The Wandering Paths stars Jean Dujardin as a celebrated writer who decides to hike alone across France after falling from a building and waking up from a coma.

Following market screenings at Unifrance’s January Rendez-Vous in Paris, Newen has sold the film to TVA in Canada, Vercine in Spain and X Verleih in Germany and Austria, New Cinema in Israel, Cirko in Hungary, and Pathe in Switzerland. Deals with Benelex, Italy and Portugal are currently in discussion. The film will hit French cinemas on March 22 via Apollo Films.

Produced by Radar Films, On the Wandering Paths is an adaptation of Sylvain Tesson’s book of the same name and co-stars a cast of local young actors including Jonathan Zaccai, Joséphine Japy and Izïa Higelin. The film is Imbert’s latest feature following 2020’s Vicky And Her Mystery about a mute girl who bonds with a wolf.

Newen has sold comedy sequel Alibi.com 2 to TVA in Canada, CDC International for Latin America, PROROM for Eastern Europe, Les Films26 for French-speaking Africa, Megarama in Morocco, Spentzos in Greece, Pathe in Switzerland, Liberty Production in Benelux, Monolith in Poland and Blitz in former Yugoslavia. Discussions are underway for deals in Portugal, Israel and airlines. Studiocanal will release the film on February 8 in France.

Newen Connect will continue sales on both titles at the upcoming EFM.