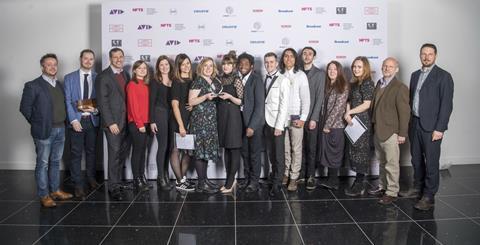 The 2018 National Film and Television School (NFTS) has revealed the winners of its 2018 prizes for graduating students.

The Graduation Showcase, which took place at Picturehouse Central between February 27-28, celebrated the last 12 months of graduate productions from NFTS students.

NFTS Head of Editing Richard Cox said: “The moment Mdhamiri walked through the NFTS gates it was obvious that here was a student full of enthusiasm and energy and potential. In an industry where the editor is invisible, and the best editing is seamless, Mdhamiri has the skill, passion and commitment to the craft of editing to get it noticed and understood.”

The Panalux Prize for Cinematography, with the reward of a 5-day lighting hire package, went to graduating Cinematographer Matt Gillan. The jury for the prize described his work as “not overstated but very competently and smoothly operated with great proficiency, ease and overall flow.“

The NFTS was recently in focus at the BAFTAs, where current and previous directors Jon Wardle and Nik Powell accepted the Outstanding British Contribution to Cinema Award.