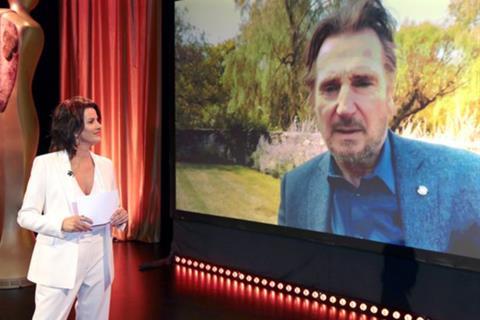 Martin Scorsese presented the top awards at the Irish Film and Television Academy awards, which were held virtually for the first time in two years last night (October 18).

The virtual awards were broadcast on national TV channel Virgin Media One, with Scorsese telling the audience: “It appears to me that we are all having to reinvent cinema now, and that’s a good thing. We need vision, creativity and storytelling that takes us on a journey and opens us, enlightens us, opens our hearts and our minds, and there’s something about Ireland and Irish storytelling that is universal that connects with everyone in the world. John Ford knew that, and I know that”.

Neeson shared a message to the Irish Screen industries on the night, saying: “I’m thinking of you all back home right now and I know we are going through hard times, cruel times. Many industries have been hurt, especially the film industry, but we will get through it; we must get through it. As a famous politician once said, ‘when you’re going through hell, keep going’. To all our film-makers, young actors and actresses try and stay strong, stay creative. The work will come back again, and tonight we are going to celebrate how cool and how great a film industry we have in Ireland.”