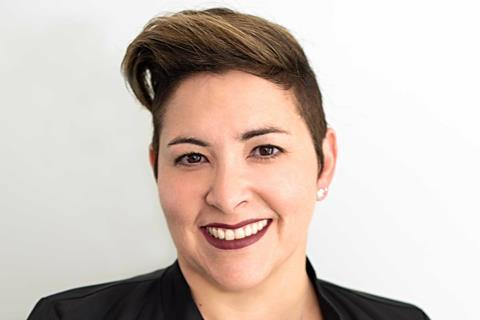 Production has begun in Dominican Republic on AGC Television’s crime thriller Leopard Skin which Sebastian Gutierrez is directing from his screenplay.

Carla Gugino (The Haunting Of Hill House, upcoming Gunpowder Milkshake) leads an ensemble cast on the story about a gang who flee a botched heist and seek refuge in a beachside estate where two women live in seclusion, triggering secrets, betrayal and desire.

Leopard Skin follows a gang who flee a botched heist and seek refuge in a beachside estate where two women live in seclusion, triggering secrets, betrayal and desire.

AGC Television president Lourdes Diaz (pictured) said on Tuesday (February 9) that the company is producing and fully financing the eight-episode series. A3 Artists Agency, which represents Gutierrez, will co-sell worldwide rights with AGC.

Venezuelan born Gutierrez, who wrote feature screenplays for The Eye and Snakes On A Plane and directed TV shows like Jett, said, “I feel audiences are ready for longform storytelling to become bolder, more provocative and with more international appeal.”

AGC Television has wrapped production on season two of sci-fi series War Of The Worlds which premieres on Epix later this year, and is in pre-production on the adaptation of Gabriel García Márquez’s News Of A Kidnapping for Amazon Studios, and Troppo starring Thomas Jane.