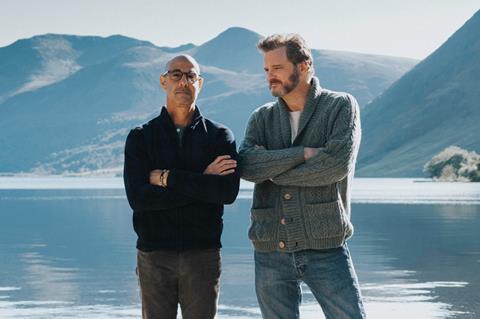 UK drama Supernova is among 10 films to receive a tranche of support from Creative Europe’s latest round of selective distribution funding.

The MEDIA scheme supports the distribution of European films outside of their home territories.

The drama, which debuted at San Sebastian, will begin its theatrical roll-out in November and will continue to open in territories across Europe in 2021.

In total, €5.52m was awarded to sales agents from France, Poland, Germany and Denmark, representing 10 different European film titles. Some 205 distributors comprise the groupings, although a more detailed breakdown is not made available by Creative Europe.

The film that received the second highest amount was Thomas Vinterberg’s Another Round, which saw €827,000 allocated to sales agent TrustNordisk. The drama, starring Mad Mikkelsen, received a Cannes 2020 label before debuting at Toronto and winning best film and the audience award at the BFI London Film Festival.

The UK will not participate in the next Creative Europe programme, due to start in January 2021, as a result of the UK leaving the European Union.