‘The Mother Of All Lies’, ‘Under The Fig Trees’ scoop top prizes at Atlas Workshops 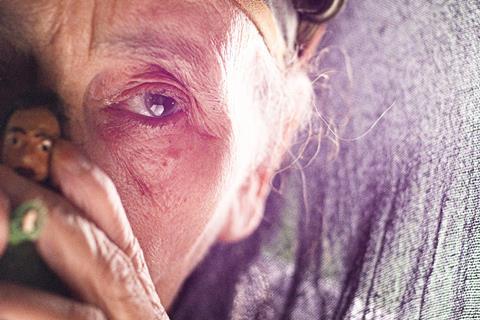 The Mother Of All Lies

The films were among 15 projects in development and nine projects in post-production presented in the fourth edition of the workshops, running online from November 22 to 25 and attended by more than 300 international film professionals.

El Moudir explores what happened through a workshop in which neighbours recall their traumatic experiences using miniature street scenes and dolls as props.

It is El Moudir’s second feature documentary after her 2020 feature The Postcard which screened at IDFA, Visions du Réel and the Malmö Arab Film Festival in 2021. El Moudir is self-producing under the banner of her company Insight Films with Silvana Santamaria at German company Solisfilms on board as a co-producer.

Under The Fig Trees took the second €10,000 post-production prize. It follows a group of teenage girls working as fig pickers over the summer and was shot on a tiny budget in Kesra, her father’s picturesque Berber village in north-western Tunisia which is famous for its figs.

It is Sehiri’s first fiction feature and second feature after the award-winning 2018 feature documentary Railway Men.

She also self-produces under the banner of her company Henia Production with Palmyre Badinier at Swiss company Akka Films and Didar Domehri at Paris-based Maneki Films on board as co-producers. Luxbox is handling international sales.

Set again the backdrop of Lesotho in 1852, it follows a father and son who take refuge in a fortress city on the top of a mountain, inhabited by a population of outcasts trying to rebuild their lives but still haunted by their experiences of warfare and siege.

The project is produced by Cait Pansegrouw and Elias Ribeiro of Cape Town-based production outfit Urucu.

The Last Days Of R.M. is Sidi-Boumédiène’s second feature after Abou Leila world which premiered in Cannes Critics’ Week in 2019. It revolves around an Algerian writer who loses his grip on reality after he goes into self-exile in Paris following death threats back home in Algeria at the height of the country’s civil war in the 1990s.

It is produced by Louise Bellicaud and Claire Charles-Gervais at French company In Vivo Films.

La Más Dulce is Marrakchi’s third feature after her 2006 breakout debut Marock, a Casablanca-set love story between a Jewish boy and Muslim girl, which she followed with the 2013 female-focused family drama Rock The Casbah.

Inspired by real events, it revolves around three Moroccan women working as strawberry pickers in the Spanish region of Andalusia who decide to fight back against the appalling living and working conditions and culture of sexual harassment.

It sees her return to cinema after seven years directing high-end series such as Marseille, The Bureau, The Eddy and most recently L’Opera.

In a sixth separate prize, French-German channel Arte awarded the €6,000 Artekino International Prize to Sweet Disposition, the debut feature project of Moroccan director Youssef Michraf. The coming-of-age tale follows a boy who is so ashamed of his father that he takes to the streets to find a man who will stand in for him at a meeting with his headmaster.

It is produced by Jean-Christophe Reymond and Camille Marquet at Kazak Productions, the Paris-based film company that produced Julia Ducournau’s Titane.

Since its launch in 2019, the Atlas Workshops have supported 88 feature film projects. Past winners include 2021 Cannes Critics’ Week winner Feathers by Egyptian director Omar El Zohairy and Somali-Finnish director Khadar Ahmed’s The Gravedigger’s Wife, which won best film at Fespaco in October and is Somalia’s first-ever Oscar entry this year