UK box office preview: ‘Once Upon A Time… In Hollywood’ off to stellar start with £2.4m 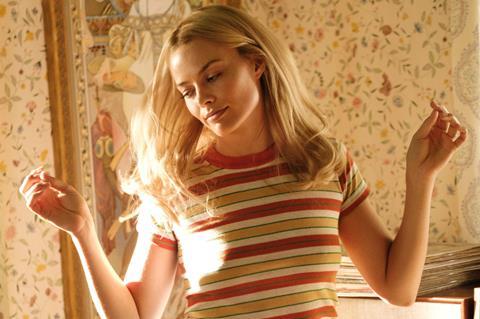 Quentin Tarantino’s Once Upon A Time… In Hollywood looks set to dominate the UK box office picture this weekend. It began its rollout on Wednesday (Aug 14) via Sony Pictures.

The film has taken £93m ($113m) globally to date, with many key international markets to come. In the UK, it will be expected to utilise its star pairing of Leonardo DiCaprio and Brad Pitt to challenge Tarantino’s previous highest-performing releases, which are led by 2013’s Django Unchained (£15.7m) and 1994’s Pulp Fiction (£12.7m).

Once Upon A Time… has already made a stellar start to its UK run. Provisional figures from its opening two days put it at £2.4m, with £1.4m from Wednesday and a further £1m from Thursday.

The figures are still to be finalised but if they remain at those levels, the Wednesday will mark Tarantino’s single biggest-grossing day ever. The three-day session Friday-Sunday looks set to challenge the director’s best opening weekend, which remains Inglourious Basterds on £3.6m.

Opening against Tarantino is STX Entertainment’s Uglydolls, the family animation based on the plush toys of the same name. The film was seen as the first entry in a potential franchise but has struggled significantly since its domestic release in May this year, taking a paltry £22.6m globally to date from a reported £37m project budget.

Also targeting the family market, Paramount is opening Dora And The Lost City Of Gold, the family adventure based on the long-running children’s’ animated TV series. The feature is a live-action adaptation and stars Isabela Moner in the title role.

In the arthouse spaces, Curzon is opening Christian Petzold’s German-French drama Transit. The film premiered at the Berlinale last year, so has had to wait a while for its UK berth, It follows a man attempting to escape Nazi-occupied France who falls in love with the wife of a dead author whose identity he has assumed.

Universal is releasing Good Boys, the US comedy about three young boys who skip school to attend a long-awaited party. Jacob Tremblay (Room) leads the cast of the film, which premiered at SXSW earlier this year.

eOne is releasing Light Of My Life, the dystopian drama written and directed by Casey Affleck, who also stars. The film premiered at the Berlinale this year and also played Karlovy Vary.

Elsewhere, 20th Century Fox is handling the release of Hindi historical drama Mission Mangal, about the Indian Space Research Organisation’s mission to orbit Mars, and MUBI is releasing Kirill Serebrennikov’s Leto, which premiered at Cannes last year. The Russian director was was freed from house arrest in April after nearly two years of confinement.