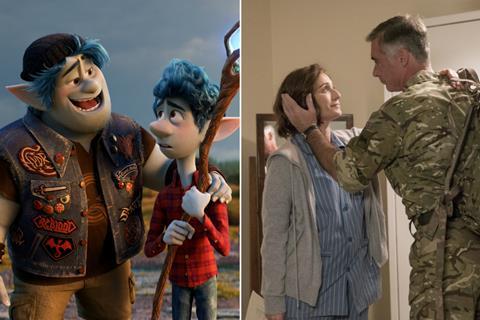 Directed by Dan Scanlon, Onward is the story of two teenage elf brothers in a suburban fantasy world who embark on a quest to see if magic still exists.

His sole theatrically-released directorial feature so far is 2013 sequel Monsters University, which began with £3.5m in the UK on its way to £30.8m.

After a slew of blockbuster titles across last year including Avengers: Endgame, Toy Story 4 and The Lion King, 2020 has been a quieter start for Disney. Star Wars: The Rise Of Skywalker took a sizeable £14.4m opening but dropped off sharply to finish around the £58.1m mark; 2019 release Frozen II is still in cinemas after an impressive 16 weekends, having grossed up to £53.6m last time out.

This weekend also sees the return to UK cinemas of British director Peter Cattaneo, with Toronto 2019 title Military Wives, released through Lionsgate. Starring Kristin Scott Thomas and Sharon Horgan, it is a fictionalised version of the true story of the wives of British military personnel away in Afghanistan who formed a choir which gained international attention.

However, he still holds the record for the highest-grossing independent film in the UK. The £52.2m takings of 1997’s The Full Monty, from a modest £1.6m start, is one of the great British cinema success stories, and boosted the careers of actors such as Robert Carlyle and Tom Wilkinson.

Two popular US titles will attempt to replicate their success across the pond this weekend.

Blumhouse’s Fantasy Island (called just Fantasy Island in the US) is the latest title produced by horror specialists Blumhouse, released by Sony. Michael Peña, Maggie Q and Lucy Hale star in the adaptation of the 1970s TV show about a magical island resort.

Another Blumhouse production, The Invisible Man, topped the box office last weekend with an impressive £2.2m opening. If it holds well, it will aim towards the company’s record gross of £11.4m for 2017’s Split.

Middling reviews and the absence of a star such as Elisabeth Moss mean Fantasy Island would do well to break into a seven-figure opening. 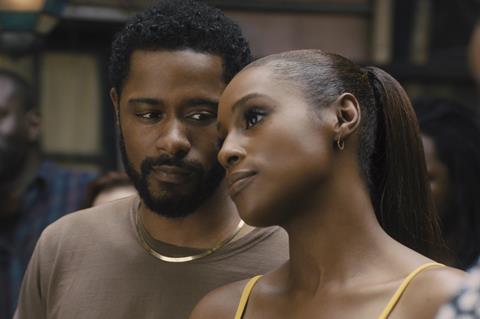 Universal is opening The Photograph, a romantic drama directed by Stella Meghie and starring LaKeith Stanfield and Issa Rae. It has attracted attention as one of a small number of major studio romances led by BAME actors.

Rae is best known for her starring role in TV’s Insecure, while her film credits include The Hate U Give and Little.

Republic has Timothy Greenfield-Sanders’ latest documentary Toni Morrison: The Pieces I Am, about the successful US writer who passed away in August 2019.

The director has previously made six features, five of which are part of the ‘List’ series (eg. 2008’s The Black List: Volume One and 2013’s The Out List).

Modern Films is releasing Julian Jarrold’s Sulphur And White starring Mark Stanley and Emily Beecham. It is UK director Jarrold’s sixth feature; his highest gross to date is the £3.8m made by Jane Austen origin story Becoming Jane in 2007, from a £649,323 opening.

Pedro Costa’s Vitalina Varela, about a Cape Verdean woman discovering the illicit life of her recently deceased husband in Lisbon, Portugal, is released through Second Run.

This is Costa’s ninth feature as a director, in a career that began with 1989’s Blood. He criticised the current state of filmmaking in a recent masterclass session at International Film Festival Rotterdam.

Aside from The Invisible Man, key holdovers include Sonic The Hedgehog, and Oscar winner Parasite, which is on £10.9m as of Thursday, March 5 and should become the highest-grossing non-English language title of all time this weekend, overtaking the £11.1m of The Passion Of The Christ.