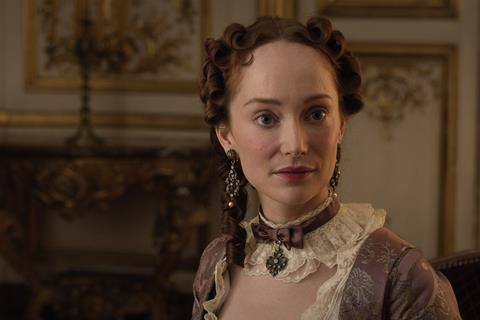 Carlo Hintermann’s The Book Of Vision will open this year’s Critics’ Week strand of the Venice Film Festival in September, playing out of competition. Critics’ Week will run from September 2-12.

The debut fiction feature from the frequent Terrence Malick collaborator stars Dutch actress Lotte Verbeek as a young doctor who becomes obsessed with the work of an 18th-century physician on dreams and visions. Charles Dance plays her tutor.

Alessandro Rossellini’s The Rossellinis, a documentary produced by B&B Film about the director’s famous family, will close the strand.

Among the seven competition titles is Celine Held and Logan George’s Topside, which earned a special jury recognition for directing award at this year’s SXSW. The full line-up is below.

The strand’s main Grand Prix award is worth €5,000, whilst all the titles are also eligible for the festival’s Luigi De Laurentiis - Lion of the Future Prize that comes with a $100,000 prize.

This year’s main Venice line-up will be announced on July 28.

Special Events, Out Of Competition