EXCLUSIVE: The star of Paramount-MGM’s late summer release Ben-Hur is at the Cannes television market in a new role as producer with rights to a pair of prestige projects. 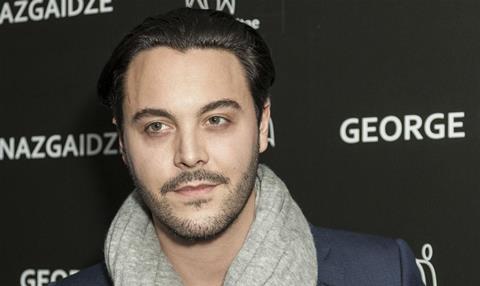 CYSA Productions has optioned television rights to BAFTA-winning writer Jennifer Majka’s The Architect, an original series that explores how and why we live.

The Architect is being conceived as an international co-production of ten one-hour episodes a season that kicks off in London in the 1950s and 1960s as architect Jack Tanner works on the reconstruction of postwar London.

The first season will chart how the ambitious era of modern architecture shaped lives following the ravages of WW2 and production will relocate to other cities around the world in subsequent seasons.

Huston will produce alongside his CYSA partner and former agent, Abi Harris, and CYSA will develop and produce the series with Majka.

The latter’s writing credits include The Bigger Picture, for which she won the 2015 BAFTA for best British animation, and the upcoming feature, Beautiful Devils. She is represented by Independent Talent and Untitled Entertainment.

CYSA Productions has also acquired television rights to Jimmy Burns’ novel Papa Spy: Love, Faith And Betrayal In Wartime Spain, which is being packaged as the five-part series Burns.

The book follows the life of the author’s father, an Anglo-Chilean press attaché to the British Embassy, who was sent to Spain at the outbreak of WW2 on a secret mission to stop General Franco from forming an alliance with the Axis powers.

Roland Moore and Paolo Russo are writing the pilot, which Huston aims to set up as a European co-production. Huston and Harris will produce alongside co-producers Jesus Santauleria and Matthew Huston of Minor Hour Films.

He is represented by Untitled Management, UTA, The Artists Partnership and attorney Karl Austen of Jackoway Tyerman.