'Still Alice', 'The Silent Storm' producers board musical 'The Sound Of Mumbai' 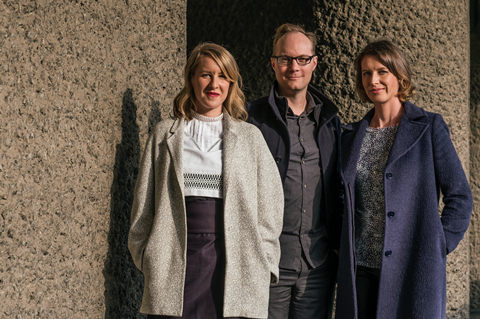 Currently in development, the true story follows a choir of children from the slums of Mumbai as they prepare to perform a concert of songs from The Sound of Music in the city’s most prestigious concert hall.

Music rights are understood to be under negotiation.

The project was among those to receive development support from Screen Australia through its Brilliant Stories Fund, the initiative designed to boost female-directed and produced projects in the marketplace.

“James and Nicky bring a great balance of commercial nous and creative sensitivity, they are the perfect team to bring a story that’s very precious to me to as wide an audience as possible,” said McCarthy who will make her narrative feature debut on the film.

“We are absolutely thrilled to be working with Screen Australia and Sarah McCarthy. The story is naturally brimming with drama, emotion and, of course, wonderful music. We can’t wait to bring this universal tale and Sarah’s distinctive vision to the screen,” commented Bentham and Brown.

The duo recently produced 2016 family feature You Can Tutu, which was also directed by Brown. Neon Films MD Bentham is also in development on art thief drama The Duke.

McCarthy’s most recent documentary The Dark Matter Of Love (2012) secured multiple US deals including with Netflix.

Producer Michelle Sahayan is no longer attached to The Sound Of Mumbai.