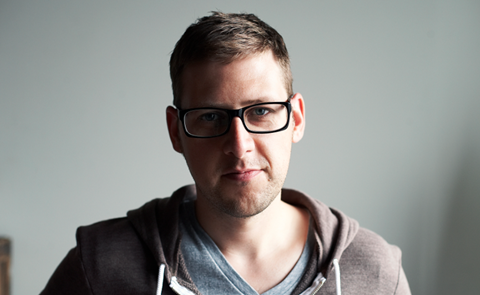 Kao will produce with partner Dan Kao and Addictive Pictures’ Russell Ackerman and John Schoenfelder under their first-look deal.

Plutona is a coming-of-age story about a group of children who discover the corpse of a famous superhero in the woods.

The comic came out as a five-issue limited series via Image Comics in September 2015.

“Emi and I are extremely excited to be working with Waypoint Entertainment and Addictive Pictures to help bring our vision for Plutona to the big screen,” said Lemire (pictured).

”Plutona has been a labor of love for us and we were very careful about finding a home for it, and we are thrilled that the team at Addictive and Waypoint share our passion for the story and for its potential as a film.”

Lemire is the author of such titles as Essex County Trilogy, Sweet Tooth, The Nobody, and wrote a run of Animal Man.

Lenox is perhaps best known for her diary comic Emitown, as well as having her work featured in such series as Nowhere Men, Madman, Glory, and Sweet Tooth.

They are also in pre-production on the sci-fi thriller Tau to star Maika Monroe and Ed Skrein, which Federico D’ Alessandro will direct.