Screen’s analysis of the Bafta Film Awards longlists, which have been unveiled following the first round of voting. 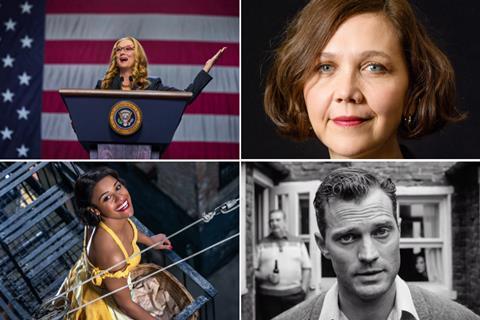 The final nominations will be announced on February 3, and the Bafta Film Awards will take place on March 13.

The impact of the longlisting jury

As with the previous year’s Bafta Film Awards, one single special longlisting jury was convened to augment the choices of the director category and four performance categories. If one of the goals of that jury was to improve the overall diversity of these five longlists, it seems the jury was handed a tough challenge. In each acting category, 12 names are automatically longlisted, and then the jury picks three from the next 10 choices of voters.

Last year, 25 of the 60 names longlisted in acting categories were non-white. This year, it’s notably fewer: 15. It’s fair to assume the jury was unable to have much impact on lists of names that were already quite dominated by white performers. Now four separate juries will decide on acting nominees, with a fifth for best director. However, diversity comes in different forms, and included in supporting actor is Coda’s Troy Kotsur, who is deaf.

In director, the top seven women and top seven men are automatically longlisted, and then the jury adds three of each gender (chosen in each case from the next 10 choices of voters). The final longlist of 20 contains just four non-white names: Aleem Khan (After Love), Ryusuke Hamaguchi (Drive My Car), Reinaldo Marcus Green (King Richard) and Janicza Bravo (Zola). Again, it seems likely the jury was given limited opportunities to broaden a list based on the white-dominated top choices of the Bafta directing chapter. Last year, there were five non-white directors among the Bafta longlist of 20.

Where the jury may have had a positive impact is in the international scope of the directing and performance categories. Five of the longlisted directors made foreign-language films: Ryusuke Hamaguchi for Drive My Car, Paolo Sorrentino for The Hand Of God, Audrey Diwan for Happening, Celine Sciamma for Petite Maman and Julia Ducournau for Titane. Among the longlisted performers is Renate Reinsve for The Worst Person In The World

Despite a prestigious cast and early recognition (including eight Critics Choice nominations), Guillermo del Toro’s noir thriller Nightmare Alley has missed out in all but the technical categories. Penelope Cruz has not made the best actress longlist for Parallel Mothers, and no international titles are on the best film list. Paolo Sorrentino’s The Hand Of God is the most longlisted foreign-language title in four categories, followed by Titane, The Worst Person In The World, Drive My Car, Petite Maman and Flee on three. And in the outstanding British film category, Bafta voters have failed again to warm to Joanna Hogg’s The Souvenir: Part II. It’s worth noting her first instalment did not pick up a single nomination in 2020.

As last year, just three female directors have films on the longlist for best film: Sian Heder for Coda, Maggie Gyllenhaal for The Lost Daughter and Jane Campion for The Power Of The Dog. A reminder: best film is the only category with no chapter or juries.

Female directors have fared marginally better in the outstanding British and film not in the English language categories, with four apiece. The presence of female directors in the outstanding British film category is down from last year’s seven, while film not in the English language is slightly up from three.

Female directors represent a third of the documentary section, with five longlisted, slightly down on last year’s six. This year’s list includes Andrea Arnold for Cow, Liz Garbus for Becoming Cousteau, Laura Fairrie for Lady Boss: The Jackie Collins Story, Kristina Lindström for The Most Beautiful Boy In The World and Elizabeth Chai Vasarhelyi for The Rescue.

The streamers and the studios

It is a tale of two companies across most of the longlists, with Netflix dominating for the streamers, and Universal flourishing among the legacy studios. In the week when it became Netflix’s second-biggest film of all time according to the company’s own figures, Don’t Look Up scored 15 longlist spots, including five nods for acting. The platform also succeeded with The Power Of The Dog on 14, The Lost Daughter on eight, Passing on seven and tick, tick… Boom! on six.

Kenneth Branagh’s Belfast led the way for Universal with 14 nods, followed by the studio’s House Of Gucci with 13, No Time To Die with 12, Licorice Pizza with 11 and Last Night In Soho with 10.

At this longlist stage, there are slightly more films released by the studios than the streamers. The standout titles include Disney’s West Side Story, with 15 (joint top with Don’t Look Up) and The French Dispatch with 11; and Warner Bros’ Dune with 12. Amazon’s lead title is Aaron Sorkin’s Being The Ricardos with nine; while Apple has The Tragedy Of Macbeth on eight and Coda on seven. This balance may change with the nominations.

The lack of British films at the Baftas

The membership of the British Academy’s Bafta Film Awards remain in thrall to US-made and backed films. There are just three UK films on the best film longlist – and of these only Branagh’s Belfast is an independent UK film. The other two are Ridley Scott’s House Of Gucci and Bond behemoth No Time To Die. (Although The Power Of The Dog was developed by BBC Film and produced by the UK’s Tanya Seghatchian it does not qualify as a UK film or official co-production.)

In best director, just four UK directors from a possible 20 have been nominated: Branagh, Aleem Khan, Rebecca Hall and Joanna Hogg. And in the documentary category, there are another four films by UK directors in the running: Cow (Arnold), The Sparks Brothers (Edgar Wright), The Real Charlie Chaplin (Peter Middleton and James Spinney) and Lady Boss: The Jackie Collins Story (Fairrie).

Of the actors, 17 from a total of 60 across the four categories hail from the UK. This is down from 20 last year and does not include Irish actors Jessie Buckley and Catriona Balfe.

Even outstanding British film is a distinctly transatlantic affair at this longlist stage. Cruella, No Time To Die and House Of Gucci and the presence on the list of Second World War pictures Operation Mincemeat and Munich: The Edge Of War, high-budget First World War spy romp The King’s Man, and cosy drama The Duke by the late Roger Michell does suggest a voting body that skews traditional, for which read older, male and white. It’s certainly one that couldn’t find a place for either Hogg’s The Souvenir: Part II or Arnold’s Cow. Does it matter? Let the conversation begin.