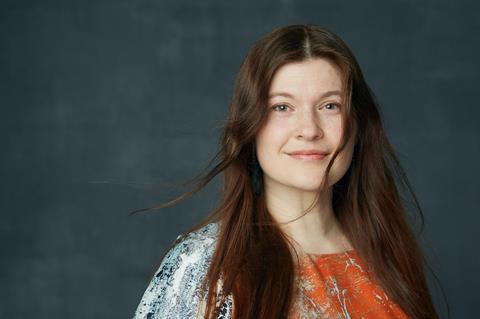 Hanna Bergholm grew up thinking there were monsters under her bed. Now she has brought one of them to life in her debut feature Hatching, which has its world premiere at Sundance Midnight on January 22.

Wild Bunch has already sold the buzzy film to 40 territories including including IFC Midnight for the US.

Bergholm describes Hatching as “a dark fable for grown-ups” and “a horror drama” with a dash of body horror. “I’ve always been fascinated in telling stories about our fears. I’ve always been afraid of horror films but maybe that’s exactly why I am so interested in telling these kind of stories,” she says.

The story follows a 12-year-old girl, under pressure to be a champion gymnast by her perfectionist mother, who finds an egg in the woods that hatches into a strange creature that upends their lives.

Bergholm grew up with parents who worked as TV directors and fell in love with films early (James Mason in 20,000 Leagues Under the Sea was an early favourite). “Film just spoke my language,” she recalls, citing her later inspirations as including Akira Kurosawa and Visconti. She studied for an MA in film directing from the University of Art and Design Helsinki and has worked steadily in TV drama and in shorts. The latter has included the genre short Puppet Master which played at Fantastic Fest and New York’s Museum of Modern Art.

Bergholm started working on Hatching back in 2014, after screenwriter Ilja Rautsi pitched her one line: a boy hatches an egg that grows into an evil doppelganger. “I was immediately interested but I said, ‘Let’s change the lead character to a girl.’ I’ve always thought there were too few interesting female characters [in movies],” she recalls.

They developed the story together – Rautsi brought his knowledge of gymnastics to the table, while Bergholm could ruminate on the dark themes of motherhood. “I couldn’t relate to this picture of motherhood that I was seeing on screen, it was either only loving mothers or total monsters, not the complexity of a mother’s love being painful sometimes.”

Bergholm was keen to marry some unsettling themes with dark humour. “If something very tragic happens and we are very serious, it can usually go south and we can act in a very comical way as well.” 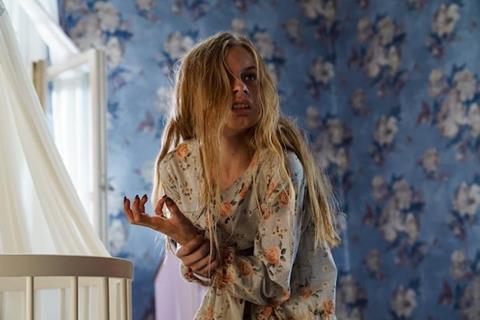 She auditioned 1,200 girls around Finland before finding newcomer Siiri Solalinna to play thet lead. Solalinna was just 12 during filming.

“She had never acted anywhere before and her natural talent is just so wonderful,” says her director. The team prepared Solalinna with lots of rehearsals and by “playing monsters and screaming” – which the director did alongside the cast to make everyone feel more comfortable. “To be able to act scared, you have to feel safe,” she adds.

Hatching is produced by Mika Ritalahti and Niko Ritalahti from Silva Mysterium. The team was able to recruit some top experts for its creature crew, including animatronics expert Gustav Hoegen, whose credits include work for Star Wars: Episodes VI, VII, & IX), and SFX make-up designer Conor O’Sullivan, who worked on The Dark Knight.

The creature was created nearly entirely in camera, using elaborate puppets on set and a team of five puppeteers, with very little work done in post except to edit out puppeteers’ rods. Bergholm wanted it to appear gangly and “slimy and ugly” at first to reflect teenage awkwardness (it is also too thin, she says, to allude to eating disorders). Bergholm explains, “What I told the puppet-makers was that I wanted this creature to be like a teenage child, it rages to its mother but at the same time, it wants to say, ‘Mommy, mommy, love me!’”

The overall visual style of the film is a bit “uncanny valley”, inspired by the mother’s social media obsession. “I wanted to use these lovely pastel colours and lots of roses, but there’s just so many roses that it becomes too much, it starts to look too fake and kind of nightmarish,” Bergholm explains.

Mother of all dramas

Bergholm and Rautsi are already at work on their next feature script, another “horror drama of motherhood,” about a mother who has a complicated relationship to her newborn.

The filmmaker is about to sign with an international agent. She likes stories where “characters are feeling big emotions. That doesn’t have to be in a horror drama, that could be in films like The Piano or Portrait Of A Lady On Fire, those are my kind of films.”

She is also open to more episodic work. “I’d love to do a Netflix miniseries if it can relate to my own vision. I love The Haunting Of Hill House and I’d love to make something like that.”