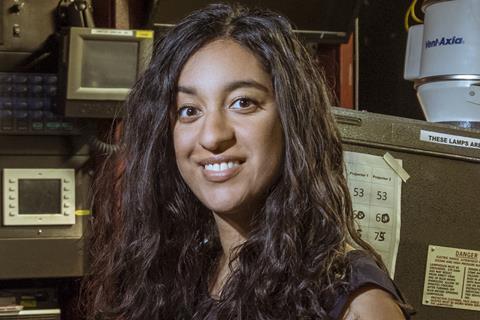 Together with her producing partner Ed Gibbs, Rubika Shah is working on a feature version of their short documentary White Riot, which premiered at this year’s Sundance Film Festival.

Set in an immigration-divided Britain of 1977, the film chronicles the youth subculture that tackled the National Front far-right racist organisation.Development is backed by Creative England, and executive producer is Bafta-nominated Natasha Dack-Ojumu, producer of Sundance doc The Lovers & The Despot.

Shah’s first taste of filmmaking came during the five years she spent living in Australia, where she produced news videos for network ABC News and newspaper The Sydney Morning Herald.

From there, she began receiving commissions from organisations including the BBC to make short documentaries such as Spike Lee: Do The Right Thing, 25 Years On (2014), which looked at the legacy of Lee’s 1989 film. That project was made through her production outfit Smoking Bear, set up with Gibbs.

While they were still based in Australia, Shah and Gibbs began working on what would be their breakthrough documentary, Let’s Dance: Bowie Down Under. The short, which chronicled the story behind the music video of David Bowie’s hit single ‘Let’s Dance’, premiered at Berlin International Film Festival in 2015 and went on to enjoy a festival run that included Melbourne and London.

Two years on, the film is still playing at festivals across the globe, which Shah says is a “great validation of the work put in”.