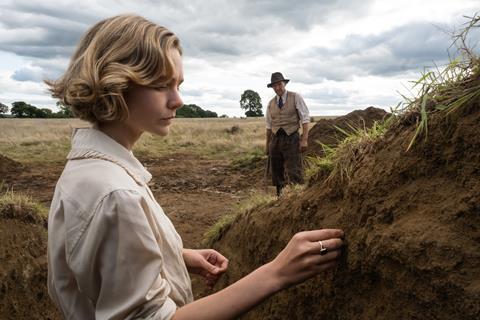 Netflix has topped this year’s list of distributors nominated for Bafta film awards for the second year in a row with 34 nods.

Fifteen Netflix titles received nominations, with Mank leading the way with six, followed by The Dig (five), News Of The World (four), and Ma Rainey’s Black Bottom, The Trial of the Chicago 7 and His House (all three). It’s a significant uptick compared to last year, where the streaming giant scored 23 from six films.

Altitude is in second place with 20 nominations across six titles, lead by Rocks, which scored seven nominations (joint top with Nomadland). Minari on six and Calm With Horses on four. In 2020 Altitude only scored one nomination (for Diego Maradona) - this year’s showing could reflect the company’s commitment to theatrical distribution during the pandemic.

Amazon Prime Video has nine nominations, five in partnership with STX for The Mauritanian and four with Vertigo for The Sound Of Metal. Amazon Studios’ Borat Subsequent Movie Film and One Night In Miami have one nod apiece.

Searchlight, Universal and Lionsgate are next up with seven each, with all three driven by one of the leading contenders; Searchlight’s Nomadland on seven nominations; and Universal’s Promising Young Woman and Lionsgate’s The Father  - both on six.

Apple scooped its first ever Bafta nominations this year, with Wolfwalkers up for best animation and Greyhound earning nods for special visual effects and sound.

Studiocanal (6)
Another Round 4
Saint Maud 2