Bong Joon Ho’s Parasite has taken the number one spot on Screen’s Cannes jury grid, with an average of 3.4 from our ten critics. 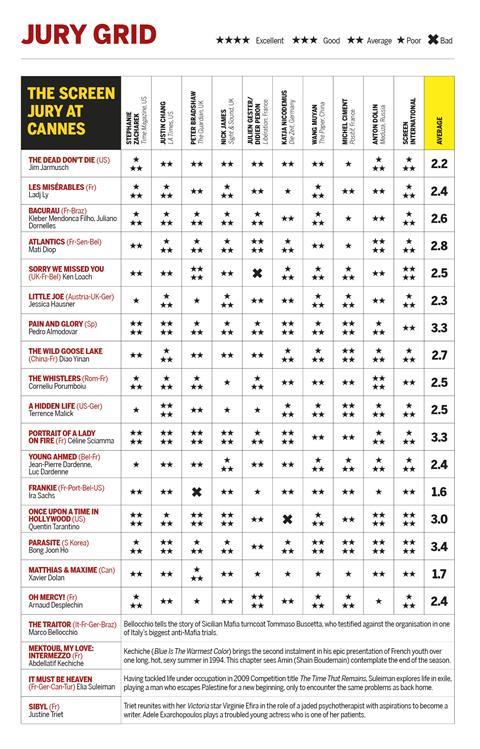 The black comedy received four scores of four (excellent) – a joint-high on this year’s grid, with Céline Sciamma’s Portrait Of A Lady On Fire and Quentin Tarantino’s Once Upon A Time… In Hollywood. The LA Times’ Justin Chang, The Paper’s Wang Muyan, Positif’s Michel Ciment, Meduza’s Anton Dolin and Screen’s own critic all awarded it top marks, with its lowest score being a two (average) from Libération’s Julien Gester and Didier Peron.

Bong’s only previous Competition title was 2017’s Okja, which averaged out at 2.3 on that year’s grid, with only one score of four.

Xavier Dolan’s Matthias & Maxime struggled on the grid, with its 1.7 average the second-lowest so far this year.

It did receive a three (good) from The Guardian’s Peter Bradshaw, but this was outweighed by ones (poor) from Gester and Peron, Die Zeit’s Katja Nicodemus, Wang, and Ciment. 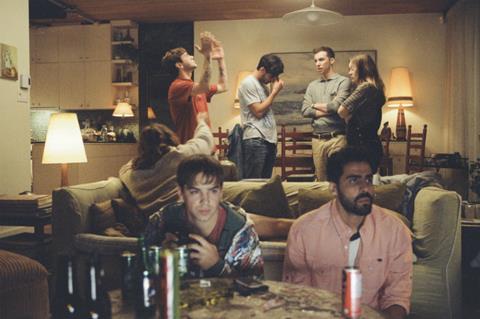 Matthias & Maxime is an ensemble drama with Dolan himself amongst the cast, about the doubts that set in when two childhood best friends kiss on the production of a short film.

It took a four from Gester and Peron and four scores of three, but also received two ones, from Bradshaw and Dolin.

Cannes veteran Desplechin is appearing in Competition for the sixth time. His most recent jury grid score was a 2.3 for 2013’s Jimmy P. Psychotherapy Of A Plains Indian.

An adjustment to a previously recorded score means Céline Sciamma’s Portrait Of A Lady On Fire now has a 3.3 average, for a joint-second place alongside Pedro Almodóvar’s Pain And Glory.

Next up on the grid are Marco Bellocchio’s Mafia trial story The Traitor, and Mektoub, My Love: Intermezzo, a Mektoub sequel from Blue Is The Warmest Colour director Abdellatif Kechiche.

Only four titles remain in total – make sure your jury grid poster is up to date, and share what you’ve filled in with us at @screendaily on Twitter, Facebook and Instagram, with the grid image available to print here.