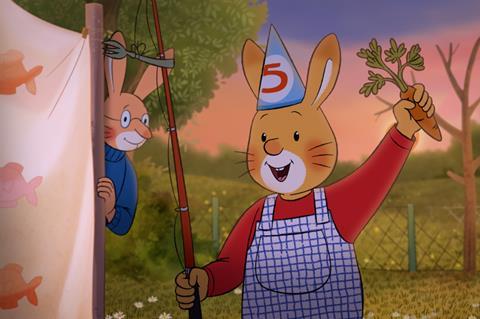 The completed film is a family title based on Rotraut Susanne Berner’s Karlchen book series, which have sold over 1m copies worldwide.

Best Birthday Ever follows Little Charlie, a small rabbit used to have his parents’ full attention. That all changes when his baby sister Clara is born, leading to an unexpected adventure with his best friend Monica.

The film is directed by Swedish filmmaker Michael Ekblad, whose previous credits include 2016 animation Molly Monster. It is written by Aje Andrea Brucken, and is a co-production between Amsterdam-based studio Submarine, Germany’s Alexandra Schatz Filmproduktion and Sweden’s Slugger Film.

This summer Bailey has been shooting season two of Netflix’s Bridgerton, in which he takes the lead role as eldest son Anthony Bridgerton. His previous credits include Crashing and Broadchurch for television, plus films including James Marsh’s The Mercy and James Kent’s Testament Of Youth.