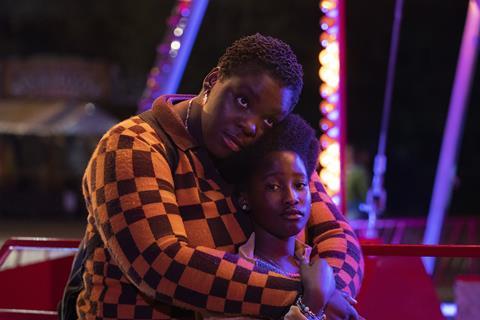 Divines star Déborah Lukumuena is leading the cast of Adura Onashile’s iFeatures title Girl, which has wrapped a six-week shoot in Glasgow.

The film is written and directed by Onashile, who was named a Screen UK and Ireland Star of Tomorrow earlier this month.

It is produced by Rosie Crerar and Ciara Barry for the duo’s production outfit barry crerar.

Girl was developed through the 2018-2019 slate of low-budget UK development lab iFeatures, and by BBC Film. Production financing has come from the BFI, BBC Film and Screen Scotland, in association with Great Point Media.

The film is a coming-of-age drama about an 11-year-old girl and her mother, who take solace in a gentle but isolated world of their own creation.

The role is the English-language debut of French actor Lukumuena, who is best known for her role in Houda Benyamina’s Divines, for which Lukumuena won the César for best supporting actress in 2017.

Established via the awarding of a BFI Vision award in 2016, barry crerar has been developing Girl with Onashile since 2017. It is Barry and Crerar’s feature debut as lead producers, following co-productions Nobody Has To Know in 2021 and Run in 2019.

The producers previously worked with Onashile on her Scottish Bafta-nominated short Expensive Shit, based on her own play of the same name.